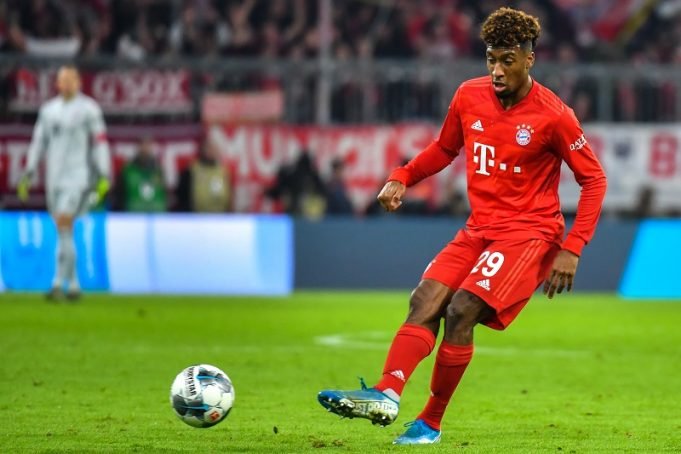 Chelsea have reportedly been alerted by Kingsley Coman’s availability in the market.

According to German news outlet, BILD, Bayern Munich are open to listening to offers for the winger.

Coman only has two more years left on his contract. He collected 8 goals and 15 assists in 39 outings last season. Bayern have struggled to progress in contract talks with him. Unless they reach an agreement soon, Chelsea will have the grand opportunity to sweep him up.

Coman has reportedly instructed his agent, Pini Zahavi to look for potential buyers. Bayern’s valuation of the Frenchman is at £55m. He is still young at 24 years of age and an impressive career record so far. Thomas Tuchel seems to be building a strong team full of talents from the Bundesliga.

Perhaps, Coman could also join his squad. He is a versatile attacking presence who is lethal with the ball at his feet. Chelsea will also have the backing of French internationals, Olivier Giroud, N’Golo Kante and Kurt Zouma to convince Coman into joining.

Tuchel clearly wants to ramp up his attacking options with the right options even after winning the Champions League. He is hungry to win more silverware for the Blue army and looking at the best talents available right now.