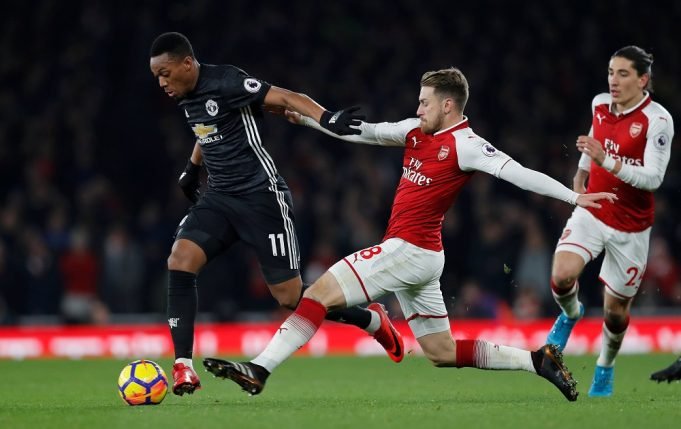 The Premier League giants wants more signings before the transfer deadline and Sarri admitted that he wants another midfielder despite signing the Italy International. They were interested in signing Jack Grealish but missed out on him.

Chelsea are planning a move to sign Arsenal midfielder Aaron Ramsey before the close of the transfer window, reports the Daily Express.

The Wales International moved to the Emirates Stadium from Cardiff for a reported fee of £4.8 million in 2008. He has been a mainstay in the midfield since joining them, scoring 58 goals in 327 appearances in all competitions.

The 27 year old was a regular last season for the Gunners, scoring 12 goals and assisting 9 in 36 appearances in all competitions. But the club finished sixth in the Premier League and will miss the Champions League in the upcoming season.

The Welsh midfielder has entered the final year of his contract and yet to commit himself to a long term agreement. Talks have been going on with his representative for a 4 or 5 year contract over the past few months.

Club’s new manager Unai Emery has admitted that he sees Ramsey as a key part for his future plans and has urged the club to keep him beyond this summer. But they are yet to reach an agreement and his future is is still hanging in the balance.

They are hoping to persuade their London rivals to sell the £35 million-rated midfielder.