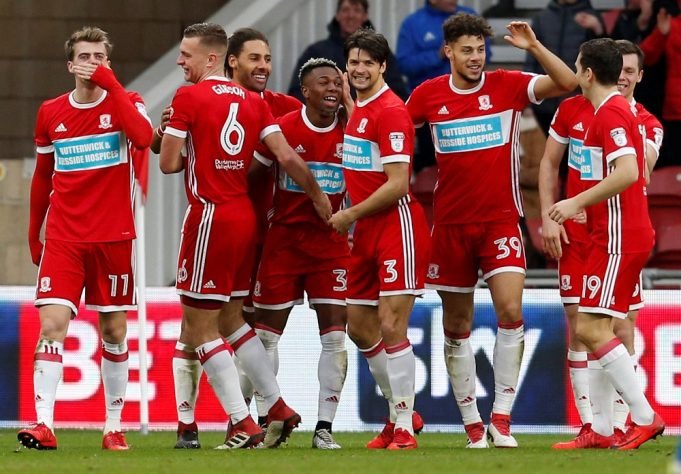 The 22 year old has shone in the Championship this season

Chelsea are expected to add reinforcements in key areas after a poor Premier League campaign this season. They are currently at 5th position in the league and are fighting to finish in the top 4 to ensure Champions League qualification next season.

Their priority is to overhaul their defense but are looking for attacking options too as Eden Hazard and Willian have been linked with a move away. They have already been linked to host of players and could land a player who has been shining in the Championship this season.

Chelsea are closing in on a £30 million deal for Middlesbrough winger Adama Traore, reports the Mirror. The club was interested in signing him back in January 2017 but a deal never went through.

The 22 year old joined Boro from Aston Villa in the summer of 2016 but didn’t make a big impression in his limited chances before the club subsequently suffering relegation from the Premier League.

The winger has improved considerably in the Championship and is looking more like the finished product. He has enjoyed a fruitful season, scoring five goals and registering 10 assists.

The club is looking to secure Promotion to the Premier League via the Playoffs but are aware that the Blues have rekindled their interest in Traore. They will struggle to keep hold of their star even if they earn promotion as the player would love another crack at the top flight in England.

The report goes on to claim that a deal may be eased through as former Chelsea chief executive Peter Kenyon is a close confidant of Middlesbrough chairman Steve Gibson.