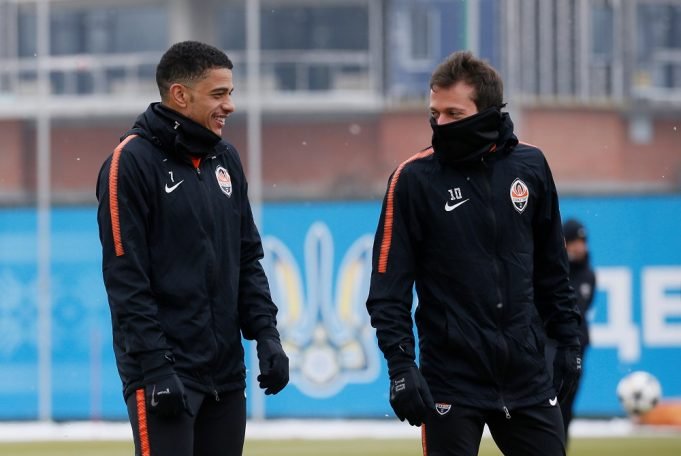 The player prefers a move to Stamford Bridge

Chelsea are the favourites to land former Shakhtar star Bernard on a free signing, Globeosporte reports.

The Brazilian joined the Ukrainian side from Atlético Mineiro for a reported fee of €25 million, signing a 5 year contract in 2013. He has been a mainstay at the club since then, performing constantly at a high level.

The 25 year old featured regularly for the club last season and had an impressive campaign, scoring 10 times in all competitions, his biggest haul since moving to Europe.

The winger, who can play either side on the flanks, is a full Brazil international, making 14 appearances for the Selecao, though was not part of their World Cup squad.

He left the club during the summer after his contract with them expired and has 12 official proposals which includes clubs like West Ham, Leicester City, Wolfsburg and Palmeiras but it looks like the Premier League giants have won the race in pursuit of him.

The London club were heavily linked with a move for Aleksandr Golovin since the World Cup started but the Russia International instead decided to join Monaco. But they have moved quickly as they are close to securing the signing of Bernard.

They have offered him a lucrative contract which he is happy with and he is now ready to reject all other offers and sign on a free transfer.