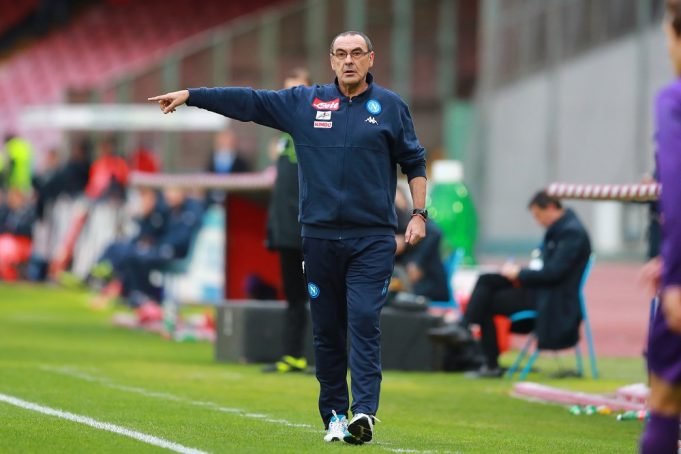 The Blues are set to complete their first summer signing

Chelsea are closing in on a deal to sign Napoli midfielder Jorginho and appoint Maurizio Sarri as their new manager according to Goal. They are set to pay a combined fee of €58 million plus €7 million in add ons for the pair.

The Blues were expected to overhaul their side this summer after an underwhelming campaign last season as they finished 5th in the Premier League. They have been behind in the transfer window compared to other Premier League rivals as they were yet to clarify their managerial situation.

Antonio Conte still remains the head coach and even the took the club’s first pre-season training with the non World Cup stars. But he has been heavily linked with a summer exit despite his contract expiring next summer.

Sarri has been heavily tipped to replace the former Juventus manager with Napoli also appointing Carlo Ancelotti as their new manager for the upcoming season. Negotiations have been going on a for long time despite reaching an agreement.

But it is believed that the Premier League giants have finally reached an agreement with the Italian side for the 59 year and Jorginho likely to follow him to Stamford Bridge.

Manchester City were expected to complete the signing of the Italian midfielder before the World Cup but they are yet to get the deal over the line. Partenopei wants £48 million and are refusing to budge on that valuation.

But it is looking likely that the Italian midfielder will snub the Premier League champions and follow his former manager to the London club.