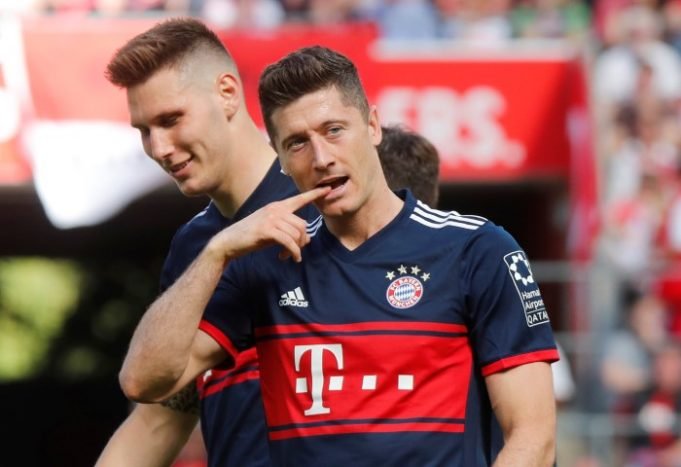 Robert Lewandowski is a person of serious interest for Chelsea and Real Madrid.

Bayern Munich boss, Julian Nagelsmann is not suprised to see his famed attacker being targetted by other outfits.

Lewandowski finished the Euro campaign early but once again led a brilliant club campaign. Reports this week claimed that the forward would be happy to join Real but Nagelsmann feels otherwise.

“The rumours about Robert Lewandowski have been around for ages, I think since he joined Bayern Munich,” he said to Sky Germany.

“I think it’s normal for someone who scores so many goals that almost every club puts out a feeler.

“I think on one hand Robert knows what he has in Munich, what he has in this team. I’ve spoken to him and texted him. I’m not very fond of the first official act with a player being to immediately discuss his contractual situation.”

Chelsea obviously are in the market for a top striker. And this won’t be the first time they have drawn links to Lewandowski. However, completing a move might seem to be difficult in the present circumstances. The Polish forward will have to request a transfer from Bayern to actually leave this very summer.