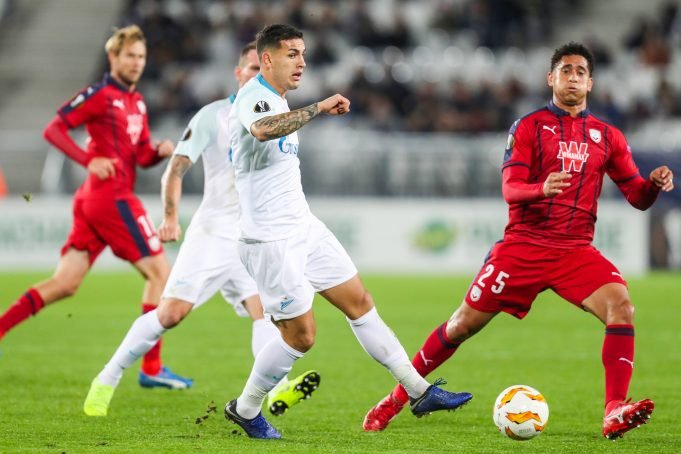 According to reports, Chelsea are on course to sign Argentine midfielder Leandro Paredes from Zenit St. Petersburg. Paredes has already agreed personal terms with Chelsea and close to signing a £27 million deal with Chelsea.

Paredes has become an integral player for Zenit since joining the club from Roma in 2017. He has made 61 appearances for the club so far, scoring 10 goals and providing 15 assists.

This season, Paredes has made 22 appearances for the Russian club, scoring 4 goals and providing as many assists.

With the departure of Cesc Fabregas to Monaco, Maurizio Sarri wants a replacement for the Spaniard. With Nicolo Barella not likely to leave Cagliari, Chelsea have set their eyes on Paredes.

Even though Zenit do not want to let go of Paredes, the Brazilian himself is eager to move to Chelsea.

Hence, there’s a good chance Chelsea can rope in the Brazilian.