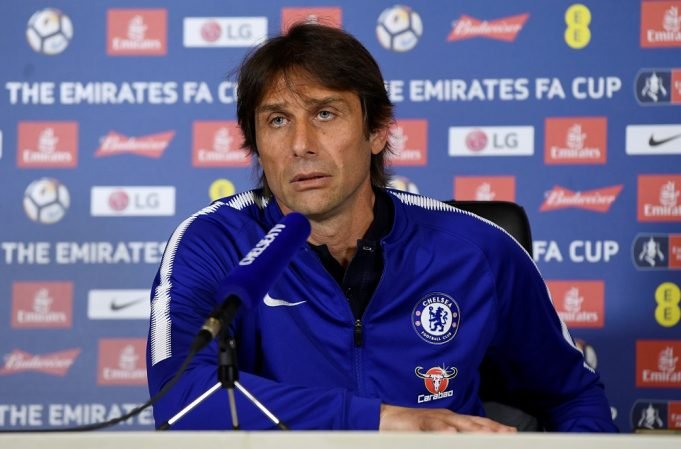 The Italian has been linked with a summer exit

Former Chelsea striker Gianluca Vialli believes the former Juventus manager has done a good job and has warned the Premier League giants to think carefully before deciding to let him go this summer.

“If I was Antonio I would think twice about leaving Chelsea, if I was Chelsea I would think three times about letting Antonio go,” he told Sky Sports News. “It’s a good match and I hope it will continue.

“I think he has done incredibly well last season, winning the championship [Premier League] which is always complicated in a competition which has six or seven clubs capable of winning.

“The competition is incredibly tough but he managed to do it in a great manner.

“The season after you win the championship is always more complicated. The competition are hungrier and stronger, so I think he did everything possible this season.

“They did extremely well in the Champions League until getting knocked out by, I would not say Barcelona but Lionel Messi. If he had been playing for Chelsea it would have been 5-0 both times to Chelsea.

“Getting to the final of the FA Cup is a massive achievement, so overall he is going great and I hope it continues.”

Read Also: Antonio Conte is unaffected by rumours about his summer exit