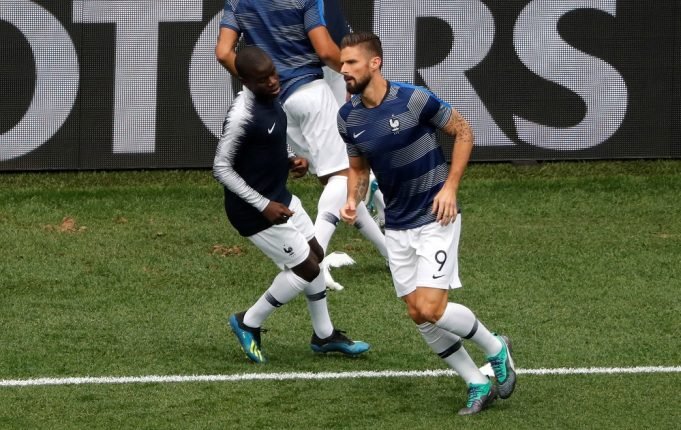 The player played an important role for his nation France

Olivier Giroud joined Chelsea from Arsenal for an undisclosed fee, signing a 18 month contract in the January transfer window. Former manager Antonio Conte prioritized signing an another striker as last summer signing Alvaro Morata struggled to find his feet for the club.

The France International didn’t get much game time during his first few matches but eventually he was ahead of the Spanish striker in the pecking order. He impressed in the short spell, scoring 5 goals  and assisting 1 in 18 appearances in all competitions.

He was selected in the France World Cup squad and helped lead Les Bleus to victory at the World Cup by acting as the focal point in Didier Deschamps’ attack. Though he didn’t score a goal but manager claimed he was important for the system to click and to bring players like Kylian Mbappe and Antoine Griezmann into the play.

Giroud reveals that his former teammate Mesut Ozil’s jibe in the training session motivated him to win the tournament in Russia.

‘I played with Germans at Arsenal and I was so jealous of them,’ He told BFM TV as quoted by Metro.

‘Sometimes in the morning, Mesut Ozil would lose in training but he said ‘shh, shh, I’m world champion.”

Asked about his failure to score for France at the World Cup, Giroud replied: ‘As an attacker, my job is to put it in the back of the net.

‘It is true that against Belgium, I was unrealistic, but I worked a lot for the team. Just trying to make an impact.

‘I scored a lot before the World Cup, I do not want to stop there, the most important thing is to be decisive, I have been in several matches.’