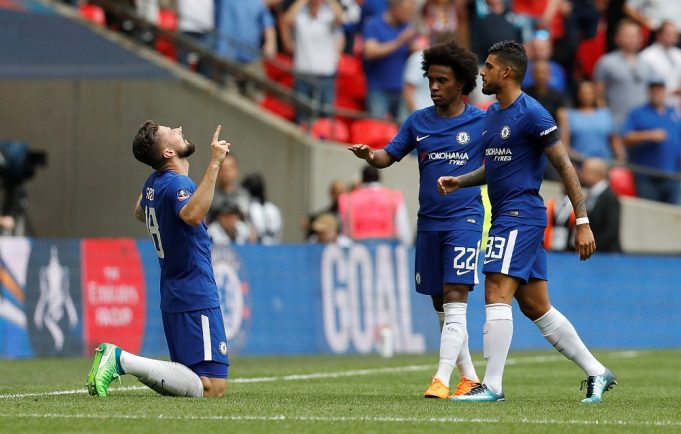 The player is set to discuss his future with Maurizio Sarri

The France International didn’t get much game time during his first few matches but he was eventually ahead of the Spanish striker in the pecking order. He impressed during the short spell, scoring 5 goals  and assisting 1 in 18 appearances in all competitions.

The Striker was surprisingly linked with an exit as the Blues were in the lookout for a new striker and were heavily linked with a move for Gonzalo Higuain. This attracted the attention of French Side, who are interested in bringing him back to France.

However, the Argentine decided to join AC Milan instead and even claimed Maurizio Sarri was the only one who wanted him.

Giroud, who will arrive at Stamford Bridge next week, has revealed that he has no intentions to leave Chelsea and will discuss his future with Sarri.

He told Le Dauphine: “I have heard many things that have been said in the media. In the near future, my goal isn’t to return to France. For now, I’m a Chelsea player.

“I have no limits. I feel good physically, I’m still young. I have not set a date for my international retirement.”

He added: “I’m extremely pleased to have made the French people proud of their team. We realise the impact that football can have on people. I also have lots of memories from the tournament.”

Read Also: Chelsea star reveals he never had any intention to leave the club