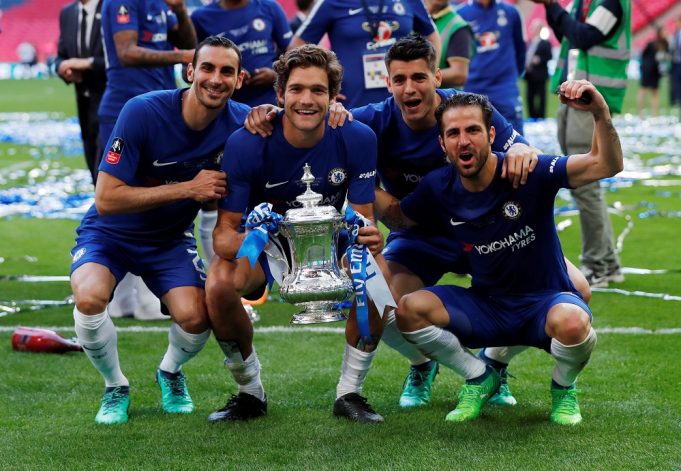 Inter Milan have shown strong interest in him

Davide Zappacosta joined Chelsea from Torino for a reported fee of €28 million plus bonuses, signing a 4 year contract last summer. His impressive performances caught the eye of Antonio conte, who was looking to bolster the squad.

But the Italian was barely a regular for the club as he faced fierce competitions from the likes of Victor Moses and Cesar Azpilicueta in the wing back position. He just managed to start 12 games in the Premier League and did make 35 appearances across all competitions.

Things didn’t go as planned for the Blues as they finished 5th in the League and will miss the Champions League in the upcoming season. Though they finished the campaign on a positive note as they won the FA Cup final against Manchester United.

The Premier League giants are expected to overhaul their squad as they are looking to adding reinforcements in key areas. It has been suggested that few players could be offloaded too and the 26 year is one of them.

The defender has been linked with a summer exit after just 12 months in England and Serie A giants Inter Milan are believed to be leading the race to sign him.

But Zappacosta has ruled out an exit after just 1 season and sought to bring the exit talk to a close by stating his continued commitment to Chelsea.

He told Sky Sport Italia:  “I just want to have a great season, regardless of where I play.

“Inter? The interest is pleasing but I don’t know anything about it and I’m only thinking of Chelsea.”

Antonio Conte has also been heavily linked with an exit though his contract expires next summer. Former Napoli coach Maurizio Sarri has been tipped to replace him ahead of the next season.