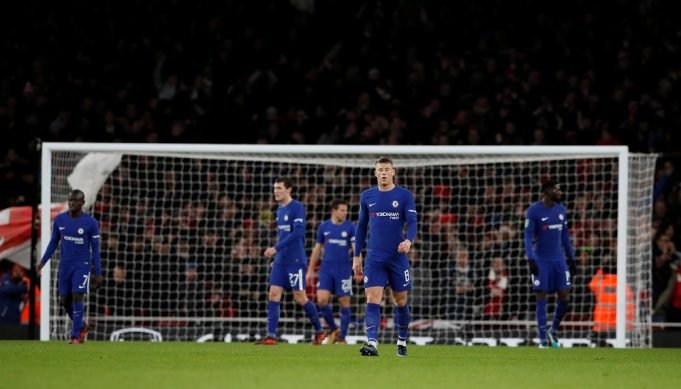 The player has impressed during the pre-season matches

The England International continued his recovery but didn’t enough time on the pitch to get a place in the World Cup squad, as his nation reached the semi-finals.

The 24 year old have completely recovered from his injury and showed promising flashes in preseason friendlies against Perth Glory and Inter Milan. He is the type of player that new Maurizio Sarri likes and and could thrive under him this season.

Barkley claims he is working hard to get ready for the new season and is relishing to work under the 59 year old.

“I’m taking each day at a time, but step by step I’m feeling stronger and ready for the season,” he said as quoted by ESPN.

“We have been working really hard, double sessions every day, getting ready for each game and we are all feeling better each day. I’m starting games, so my body feels as good as it has ever felt before. To be starting games, kicking on from there, getting my base layer fitness for the season, it’s going well.”

“With the type of injury that I had, you do get little niggles,” Barkley admitted. “I had a few little grade ones from recovering and getting used to working hard and getting my body right again.

“But I didn’t see it as a waste of time, from the time that I joined in January because I got my body feeling better than it has ever felt before. I feel fit and strong now and I know that I will go into this season feeling strong and ready.”

“I kept in touch with a few of the lads and I was wishing them well,” he revealed. “I have been in one squad under Gareth Southgate and I have seen the direction that the team is going in. They have really improved in the last couple of years. You can see that it has been out with the old and in with the new.”

“There will be freedom because you have three men in the midfield,” he explained. “Going forward, getting close to the box, having shots, trying to create. Obviously we have to be disciplined and organised without the ball, being well drilled. It’s a new style and we are all learning day by day.”

“To earn a regular spot at Chelsea is my main focus,” he insisted. “If I do well at Chelsea, then the national team will take care of itself.

“Chelsea is a massive club. You aim to win the Premier League or are challenging for trophies with the aim to win everything. I am focusing on what I can do for my club right now, but one of my goals is to get back in the England setup and to keep progressing.

“I am working day-by-day, giving it my all and I am ready to kick on this season.”