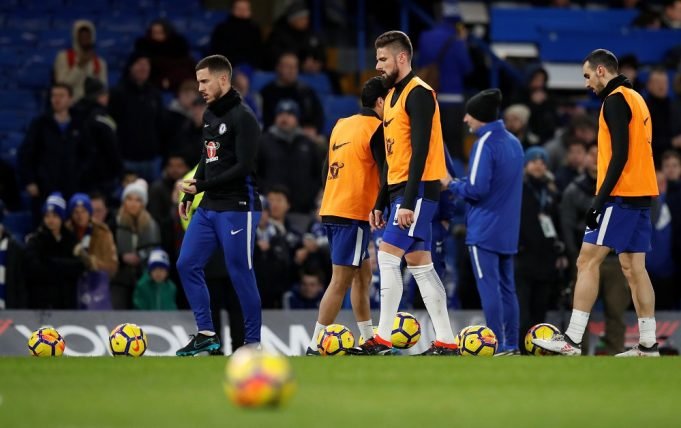 The player has revealed he never considered leaving the Blues

The France International didn’t get much game time during his first few matches but he was eventually ahead of the Spanish striker in the pecking order. He impressed during the short spell, scoring 5 goals  and assisting 1 in 18 appearances in all competitions.

The Striker was surprisingly linked with an exit as the Blues were in the lookout for a new striker and was heavily linked with a move for Gonzalo Higuain. This attracted the attention of French Side Marseilled, who are interested in bringing him back to France.

However, the Argentine decided to join AC Milan instead and even claimed Maurizio Sarri was the only one who wanted him.

Giroud returned to training on Monday after his post World Cup holiday and has dismissed the speculations linking him to the Ligue 1 side. He is planning for contract talks with the club as he wants to extend it for another 12 months.

When asked by Standard Sport if he ever considered joining Marseille, he replied: “No, I am happy here at Chelsea. I just arrived a few months ago and am just starting to settle well.

“I still have one year (of my contract) to go with Chelsea, plus maybe another one. I’m going to discuss that with the club at the right time. There is no rush.”