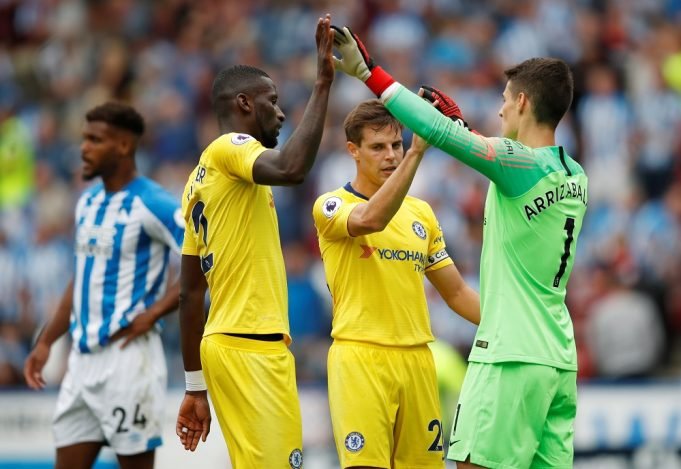 The Premier League giants completed the signing of midfielder Mateo Kovacic from Real Madrid on a season long loan without any buy option. He was part of a deal which saw Thibaut Courtois going the other way for €35 million, as the Belgium International forced a move to the Spanish Capital in order to stay close with his children.

They also completed the signing of young Spanish goalkeeper Kepa Arrizabalaga from Athletic Bilbao after activating his  €80 million release clause, making him the world’s most expensive goalkeeper breaking the record set by Liverpool for buying Alisson Becker last month.

The Italian got off to a perfect start as the London outfit defeated Huddersfield 3-0 which was secured courtesy of goals from N’Golo Kante, debutant Jorginho and Pedro.

Chelsea defender Cesar Azpilicueta has revealed that all the players are working to fulfill Sarri’s wishes.

He told BBC Sport: “We have been working really hard with him.

“He knows what he wants and our target was to start really well which we have done and now we must get ready for Arsenal.

“Our signings have been very good, adapting very quickly to the team and being comfortable in the team and we have a very good squad.”