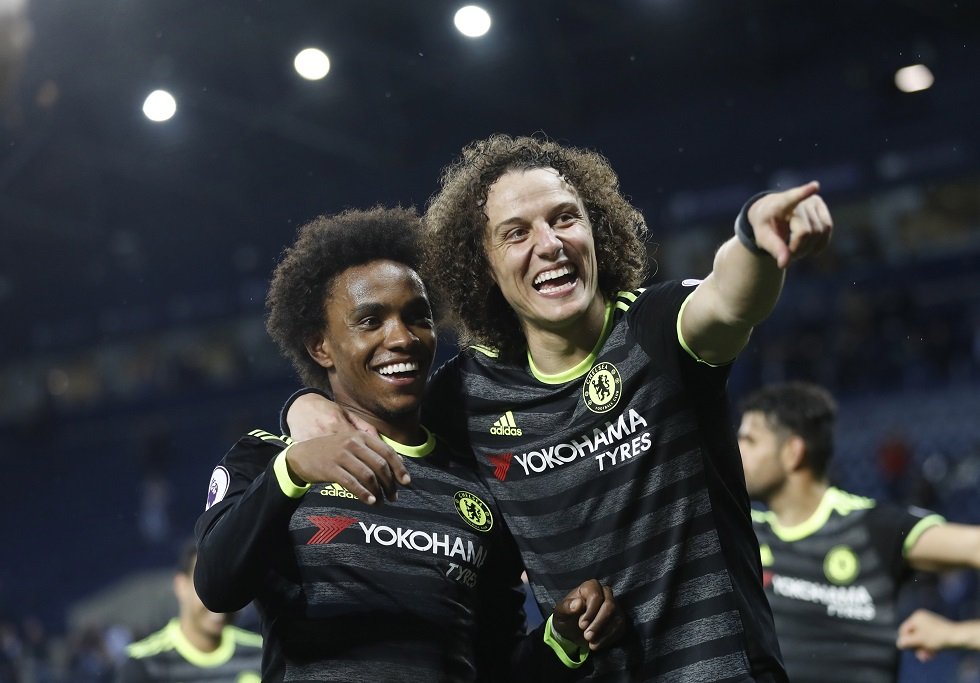 Willian finds it “strange” to see David Luiz dress up in red every week after signing for Arsenal this summer.

Luiz was in his second spell with the Blues and had even extended his contract by two seasons when a sudden £8m switch to London rivals was announced on transfer deadline day.

Initially, Chelsea fans were not too pleased with the Brazilian’s change of allegiance but impressive performances from youngster, Fikayo Tomori has eased all of their concerns. We probably might have been able to see Tomori’s emergence if Luiz remained at Stamford Bridge this season.

However, the Brazilian’s absence has affected one player quite deeply in the Chelsea ranks – Willian. The 30-year-old winger and Luiz’s compatriot has shared the pitch for both club and country and was always close friends.

Willian said, “David and I are very close. We are very good friends. He is one of the best friends that I have in football. It is strange to see him wearing red, but we are friends.

“Now we have to play against each other and I have to do something against him. Yes, of course, I will celebrate hard if I score against Arsenal.”