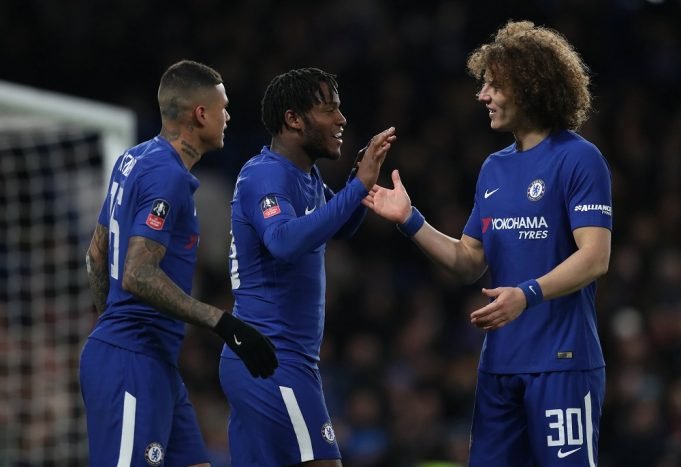 The Brazilian impressed during his loan spell at Newcastle

Chelsea signed Kenedy from Fluminese for a reported fee of £6 million in the summer of 2015. But failed to establish himself as a regular for the team and was loaned out to Watford at the start of the 2016-2017 season but returned to the club in December.

But still struggled to find regular game time under Antonio Conte and was send out on loan again to Newcastle United for more first team football in the January transfer window of 2018.

The 22 year old was replaced by Emerson Palmieri, who joined the Blue’s from Roma for around £17.6 million.

The Brazilian impressed for the Magpies under Rafa Benitez, scoring 2 goals and providing 2 assists in 13 appearances. He has earned praise from the manager and expressed his desire to sign him on a permanent deal but admitted that they do not expect to be able to afford him.

Though Kenedy’s fine form in the second half of the season has caught attention of many top European clubs ahead of the transfer window and wants to lure him away from England.

RB Leipzig are the latest club to express serious interest in Kenedy, joining Arsenal, Paris Saint-Germain and Bayern Munich among those hoping to sign him from Chelsea, Goal understands.

They have shown the most interest for the winger and are ready to open discussions in order to sign him this summer. They want him to replace Emil Forsberg who has been linked with summer exit as many clubs are also chasing him.

Kenedy’s future is likely to be decided after the Premier League giants sort out their managerial situation and is he tipped to stay at Stamford Bridge if Antonio Conte leaves as he is not thought to have a good relationship with the Italian.