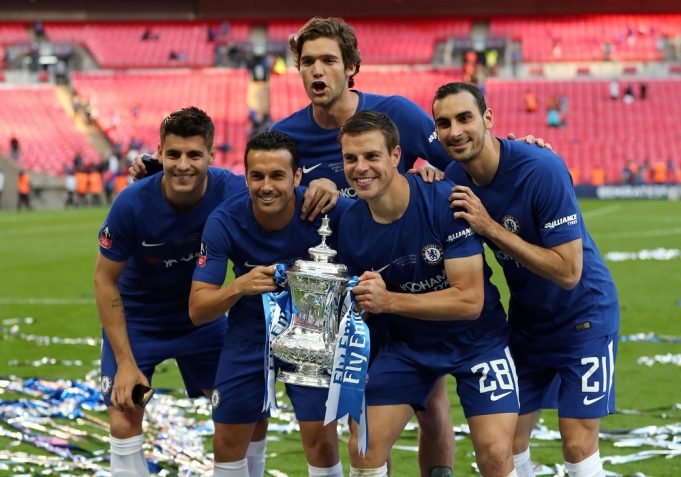 Davide Zappacosta joined Chelsea from Torino for a reported fee of €28 million plus bonuses, signing a 4 year contract last summer. His impressive performances caught the eye of Antonio conte, who was looking to bolster the squad.

But the Italian was barely a regular for the club as he faced fierce competitions from the likes of Victor Moses and Cesar Azpilicueta in the wing back position. He just managed to start 12 games in the Premier League and made 35 appearances across all competitions.

Things didn’t go as planned for the Blues as they finished 5th in the League and will miss the Champions League in the upcoming season. Though they finished the campaign on a positive note as they won the FA Cup final against Manchester United back in May.

The 26 year old’s future has been uncertain this summer despite the player claiming that he has no intention of leaving the club after just 1 season. He has been heavily linked with a return to Italy, with few clubs showing interest in him.

Inter Milan will consider a move for Zappacosta, if they are unable to sign Sime Vrsjalko from Atletico Madrid, reports Gazzetta dello Sport.

Vrsjalko is Luciano Spalletti’s preferred target to come in at right-back, but Inter are finding Atletico to be reluctant sellers of the Croatia international.

The Serie A club now plan to use Saturday’s friendly against the London club as an opportunity to discuss their interest in the defender. Matteo Darmian is a third option for Inter, but there is competition for the Manchester United ace.Chelsea ace rules out summer exit amid transfer links

But the Premier League giants have appointed former Napoli manager Maurizio Sarri as their new manager after sacking Conte and the 59 year old might give the Italian right-back another shot in the upcoming season to prove his worth.