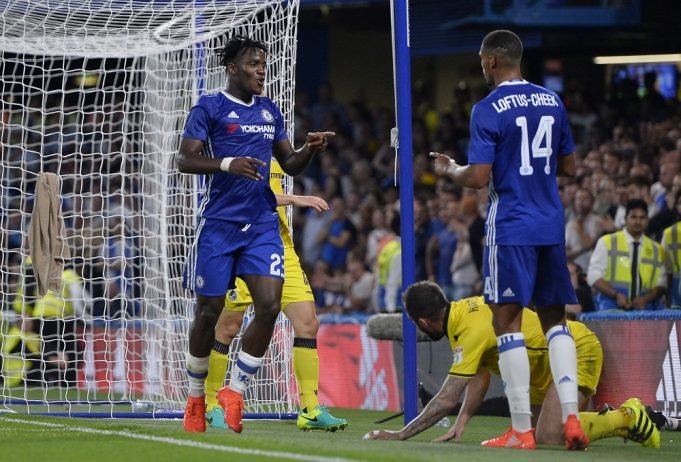 The player impressed during his loan spell last season

The player has been linked with a summer exit, with BVB showing interest in him signing him permanently. But the English side wanted to wait until they sort out their managerial situation.

Borussia Dortmund are longer interested in signing Batshuayi according to  Bild. They have turned their attention towards Juventus striker Mario Mandzukic.

The Premier League giants have appointed former Napoli manager Maurizio Sarri as their new coach and it looks the Belgian striker could be in Sarri’s long-term plans after Bundesliga giants gave up on signing him.