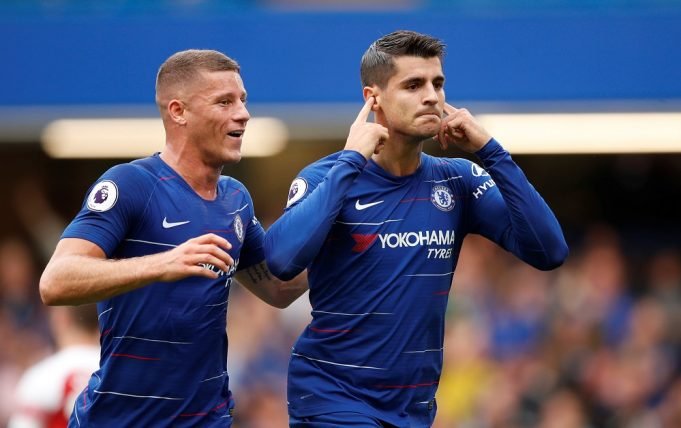 The England International continued his recovery but didn’t enough time on the pitch to get a place in the World Cup squad, as his nation reached the semi-finals.

The 24 year old has completely recovered from his injury and showed promising flashes in preseason friendlies. He is believed to be the type of player that new manager Maurizio Sarri likes and and could thrive under him this season.

The midfielder has started in both of the club’s opening Premier League fixtures and has been impressive so far. The Blues have also taken the maximum points possible as they won both the matches.

Former Chelsea midfielder Dennis Wise believes has backed Barkley to keep his spot and believes he has made the most out of his opportunities.

“There’s a big possibility and I think Ross Barkley can come into the fold here,” Wise exclusively told Goal.

“He has been given an opportunity under Maurizio. When you have got a new manager coming in you look at things and think, ‘right okay there’s a level playing field there’.

“I am sure he has gone in and said that to them, that there is an opportunity for everyone. When Ross came in, he was never really played. You kind of felt, when you looked at the interview of Antonio, that he wasn’t the first choice option that he wanted at the time and I think that came across a little bit.

“I think he will get an opportunity under Maurizio because he will leave it a little bit open and he is capable. He is a talent. He has had a little bit of a bad spell but hopefully he has come through it and he has got ability. He is the type of player that can open people up. There’s places up for grabs and it is up to people to grab those places.”