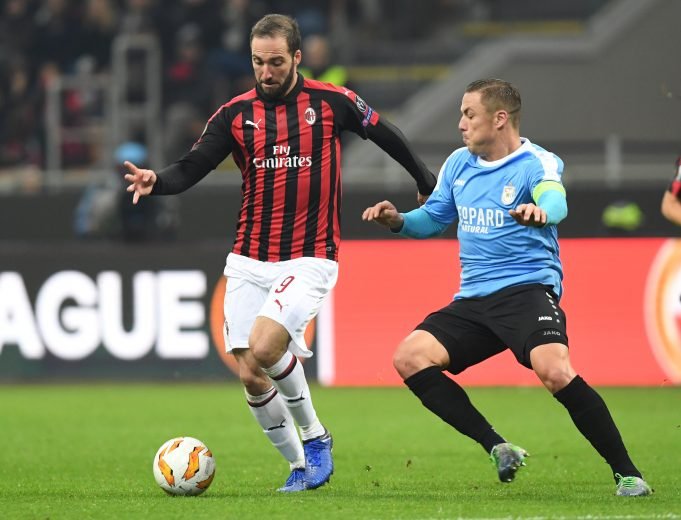 According to reports in Sky Italy, Chelsea are a step closer to signing Gonzalo Higuain as AC Milan are on the verge of signing Higuain’s replacement. AC Milan are reportedly meeting Genoa officials to confirm the signing of the club’s talismanic striker Krzysztof Piatek.

Piatek will move to Milan on a transfer fee reported to be £31 million. This way, AC Milan can easily afford to sell Higuain to Chelsea.

Chelsea are eager for a striker and they are keen on signing Higuain. AC Milan manager Gennaro Gattuso said that Higuain wants to leave the club and he respects the Argentine’s decision.

A move to Chelsea will see Higuain reuniting with Maurizio Sarri who managed him during his time at Napoli.

Higuain will join Chelsea on a loan deal for the remainder of the season and Chelsea also have the option to extend it for another 12 months.

Many former footballers and pundits have opined that Higuain won’t thrive at Chelsea because of his form and fitness.