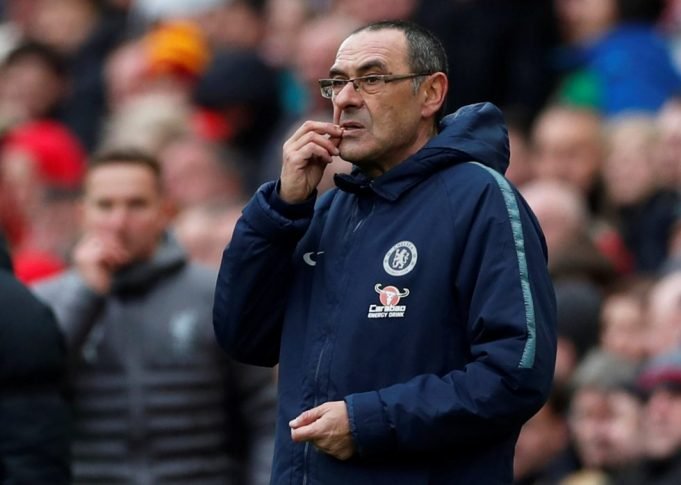 The weekend of April 13-14th may have seen Chelsea lose at Anfield, but it proved to be a profitable couple of days for the club’s loanees – and may help boost the Blues in the eyes of the bookmakers for next season.

Derby’s Mason Mount notched a hat-trick against relegation-threatened Bolton, whilst just 24 hours later, Reece James grabbed the opening goal of the game for Wigan, helping the Latics pick up a crucial point against league leaders Norwich. The Blues have an abundance of young talent at their disposal, but this Championship duo have undoubtedly caught the eye this season, and Maurizio Sarri must find a way of gradually introducing them into the first-team squad next year.

The latest Blues defeat coincided with a rare Arsenal away win, and Sarri’s men are now 13/8 shots in the sports betting to end the season in the Champions League spots. They may be the favourites in the Europa League outright market, but despite this, it’s been a largely frustrating season for supporters, who have watched their side suffer seven defeats on the road during the course of the campaign. An injection of fresh blood is undoubtedly required in the summer, and Phillipe Coutinho is just one of the many players linked with a move to Stamford Bridge. However, the club currently has a transfer ban imposed by FIFA, and thus may not be able to secure the services of the former Liverpool man.

If the ban is upheld, it may be the perfect opportunity to blood some younger players into the matchday squad, with Mason Mount and Reece James both looking perfectly capable of stepping up a level. Mount has been impressing under former Blues favourite Frank Lampard, and has single-handedly kept them in the hunt for a playoff position. They are outsiders at odds of 16/1 to return to the Premier League next season, but realistically, the Rams will still be playing second-tier football next year. The 20-year-old has netted eight times in 30 Championship outings, and averages just shy of three shots per game.

Reece James got his first taste of competitive action this season at Wigan, and the 19-year-old has been absolutely superb at the DW Stadium. He’s played 41 times for Paul Cook’s men, and has netted three times so far for the Latics. He’s been moved from right-back to a holding midfield position, and has been applauded for his energetic and eye-catching performances in a struggling side.

All three Championship goals Reece James has scored this season have come against top-six sides:

A free-kick and a penalty against the top two. ? pic.twitter.com/TAYYCbByT7

Both players would need time to adjust to life in the top flight, and they are unlikely to be thrown in at the deep end, but Maurizio Sarri should consider fielding both players during less competitive fixtures. The pair would be unlikely to feature against the likes of Manchester City or Liverpool, but could be useful assets against bottom-half sides, in which Chelsea would enter as betting favourites.

The Blues have struggled in their matchups with fellow top-six hopefuls this season, and started as big-priced outsiders against Jurgen Klopp’s side on April 14th. They were undone by a piece of Mo Salah brilliance at Anfield and the mercurial Egyptian has been enhanced to odds of 9/4 by Coral to finish as the Premier League top goalscorer. This is one of many Premier League betting offers available ahead of a crucial couple of weeks in the top flight, which will see Chelsea face Watford and Manchester United.

Ethan Ampadu has been on the fringes of the first team this season, and the emergence of Ruben Loftus-Cheek has certainly got fans feeling more positive about the progression of the club’s academy graduates. Mason Mount and Reece James are both hugely talented footballers, and they have a bright future in the game. Chelsea must ensure that both players are utilised correctly next season, and are given opportunities to shine at Stamford Bridge.