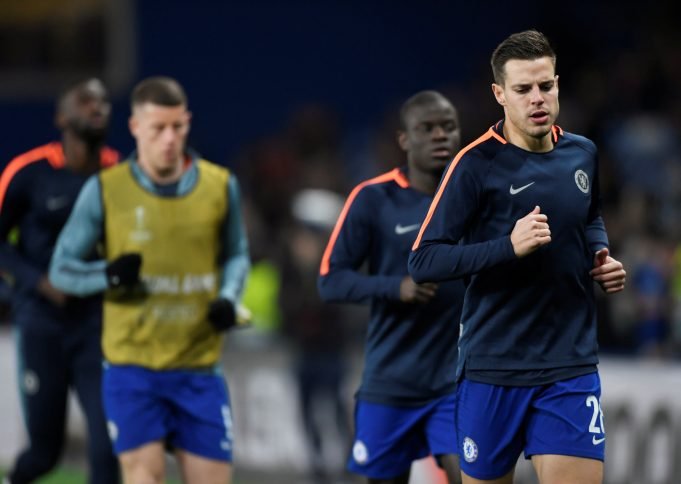 Chelsea captain Cesar Azpilicueta has said that his team wants to avenge their 6-0 drubbing to Manchester City by defeating them in today’s Carabao Cup Final.

Both Chelsea and Manchester City have five Carabao Cups to their name. However, only one of them will win a 6th title today at Wembley.

Speaking ahead of the match, Cesar said, “Everyone must be hurt about what happened at the Etihad. I think when you have this inside of yourself, you have to take it out, and we have the chance to get the revenge (on Sunday).

I don’t know if it suits us not to be favourites. After the last game (between the two sides) everybody expects different to what they’re used to when Chelsea are in a final. But we are Chelsea, it is a final, two teams with one cup in the middle. We will try to get it. To win a trophy in February is the best way to approach the last two or three months, where we still have a lot to play for.

We know the feeling of winning at Wembley and to win against Man City after the result in the Premier League is something we are all looking for. We have a point to prove but football gives you another chance a few weeks later to get revenge, be it in a final.”

Azpilicueta also defended manager Maurizio Sarri, saying, “It is true we have changed a lot, changed the system, the way of playing, we have been working really hard in the way the manager wants us to play.

At the beginning the results were good, and maybe we were not playing the way that we were supposed to play but we still won the game. But at the moment we are getting punished for every mistake we make; we are not clinical, we are conceding a lot.

At the moment everything is turning against us but we know we have to improve, raise our level.”