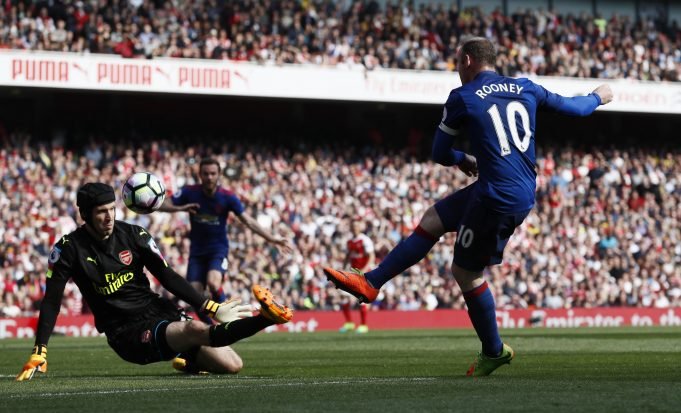 The Czech goalkeeper played regularly against the English striker legend with the latter notching 10 goals against him.

Former Chelsea and Arsenal goalkeeper Petr Cech has said who was the toughest player he faced during his career in the Premier League.

– Wayne Rooney. In the games against Manchester United, I was ready every time I had the ball, because it was very unpredictable, very smart. He could put pressure, fight, run away and kick smartly towards the goal. Wayne could score from the middle of the field, try to beat you, if you get too much out of the goal, said Cech in a long interview for the official Chelsea website.

‘He is a guy who can chase, who can fight, who can run, who is clever with his shot. He could score from the halfway line, he could try and chip you if you were too high. That was a challenge I enjoyed.’

Cech hanged his gloves last year after 15 years in the Premier League. During that time he defended the goal against many of the greats in the current era like Thierry Henry, Sergio Aguero and Luiz Suarez.