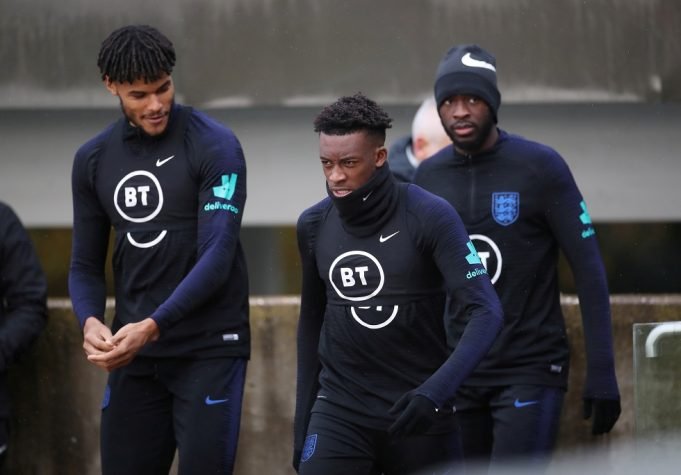 Chelsea fans have picked on Callum Hudson-Odoi for his lack of goals or assists in recent performances.

The young Blues winger has come into heavy criticism after signing a £180,000-per-week contract extension.

He has not been able to win back his first team spot following a spell on the sidelines. And the times he has appeared on the flanks, he has been inadequate, according to some. Chelsea assistant coach, Jody Morris defended the player’s work ethic and reminded everyone the situation Hudson-Odoi is stuck in. It has been long route to recover post a very serious Achilles tendon injury.

“There were things that we were asking him to do that he was trying to do in the first half, which was pleasing for the manager.

“Being away for a year, obviously a lot can happen, especially at a young age. We all saw what happened with his contract, but now that’s done and dusted, it is a little bit like ‘ok let’s knuckle down and get down to work’.

“He wants to work hard and wants to improve, but the proof is in the pudding, and when he gets his chance he’s got to be ready to take it.

“He’s a confident boy. He was asking me about stuff to do with his clips that he wanted to go through a couple of days ago, so I quite like that from him. When someone’s actively trying to improve, then you’ve got a chance.”

He added, “Not only is he young, He hasn’t really gone through any tough spells in his life at the moment – I can’t remember when he’s had a serious injury, like he’s had, before.

“Everything’s been kind of plain sailing, throughout the academy he was one of the best players for a long time. He done ok last year when he came in, albeit they weren’t in the bigger games.”