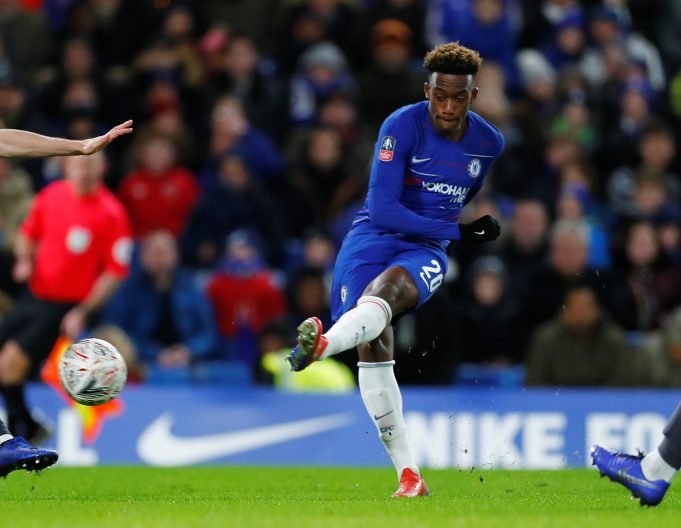 Hudson-Odoi refuses to open up on Bayern links

Callum Hudson-Odoi has refused to rule out the possibility of a move to Bayern Munich, with speculations over his future at Stamford Bridge continues to mount higher than ever before the transfer deadline.

Hudson-Odoi has been the subject of repeated bidding by Bavarian giants Bayern Munich, with the Bundesliga outfit matching Chelsea’s £35 million valuation of the player in their last bid.

Reports also claim that Hudson-Odoi has handed in a transfer request to force through a move to the Bundesliga.

Should he complete a move to Germany this term, he will follow the footsteps of former Man City academy product Jadon Sancho who has taken his career to greater heights by forcing through a move away from English football.

Hudson-Odoi, however, hasn’t opened up on those speculations.

“I don’t know. I can’t say,” Hudson-Odoi responded when asked by the BBC if he will soon join Bayern.

“I just keep working hard and you never know what happens. I can’t say [if I spoke to Bayern],” he added.

The 18-year-old starred in Chelsea’s 3-0 win over Sheffield Wednesday in the FA Cup on Sunday, scoring a goal in the second half.

“Yes, I think that’s definitely one of my highlights,” he said.

“It was a great game and I think Andreas found me well with the run. It was nice to top it off with a goal.”