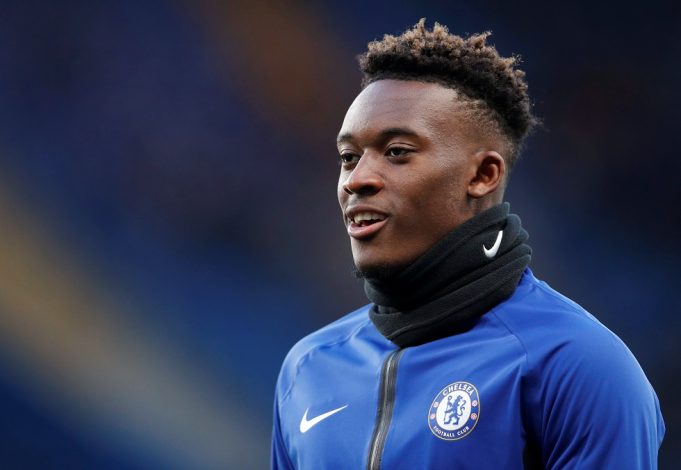 Callum Hudson-Odoi and the rest of his Chelsea teammates plan to win silverware this very season.

Looking back in December, fans would hardly have expected an European spot finish when Frank Lampard was sacked.

But since Thomas Tuchel’s arrival, the Blues are unbeaten across all competitions and could finish off the season strong. They are already in a the top four with a four-point lead over West Ham United. Chelsea also has made it into the FA Cup semi-finals and are set to face FC Porto in the Champions League final eight.

“We want to win a trophy, try and get to the FA Cup final, try and get as far in the Champions League as possible and try and finish in the top four in the Premier League so that’s definitely our main aims for Chelsea,” Hudson-Odoi told Sky Sports.

Hudson-Odoi has seen a prominent rise in his playing time since Tuchel’s arrival. The youngster has grabbed the opportunity with both hands and is one of their best creative outlet.

“For England, definitely trying to make the Euros squad I think that’s a massive opportunity,” he added. “There won’t be many times that that will happen you playing for your country in your home country in such a big tournament.

“I think that’s definitely a major thing that hopefully I can do well for the rest of the season and get back into the squad for it. But we take it game it by game, day by day and hopefully everything goes well.”

Joe Cole feels Mount doesn’t get the credit he deserves

Joe Cole feels Mount doesn’t get the credit he deserves