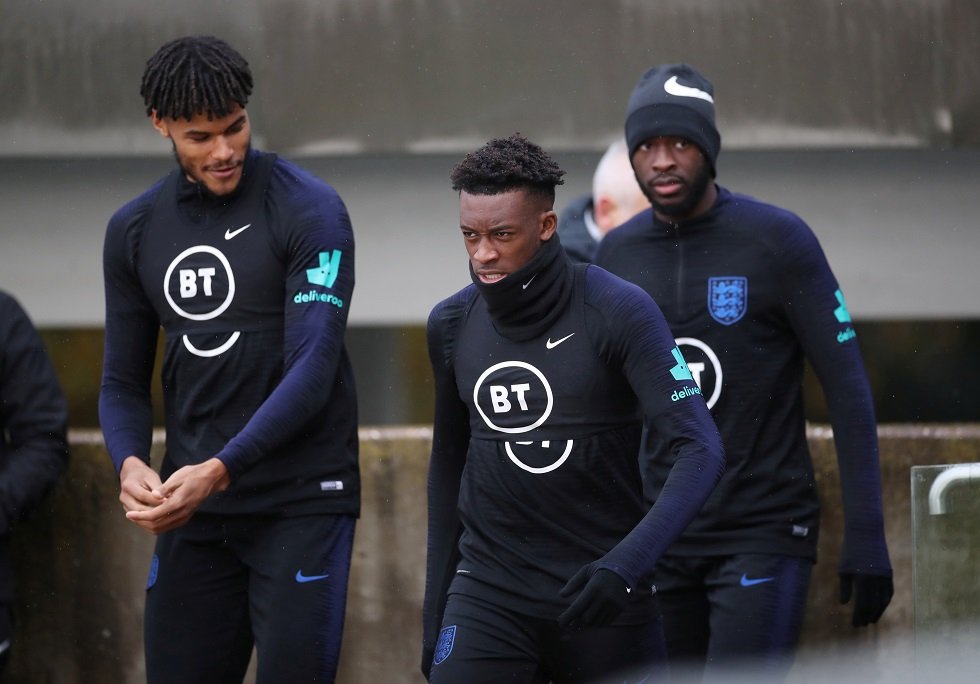 Callum Hudson-Odoi has called Raheem Sterling his idol and believes the Manchester City forward is a huge presence in the England national team.

Sterling was involved in an altercation with international teammate, Joe Gomez and subsequently got dropped from the squad for the game against Montenegro.

Former players like Rio Ferdinand has voiced their support for Sterling and now Hudson-Odoi explains why this is only a passing issue.

“Raheem’s a very nice guy, very encouraging, very positive about everything he does,” Chelsea teenager, Hudson-Odoi told the press.

“When I first came in, I didn’t expect him to be so nice. Of course, he is a nice person but when you see somebody always welcoming you, just talking to you, giving you advice on how he plays and just being around you a lot it makes you feel so welcome in the team.

“He’s a big leader in the team because he’s a very top player, he’s in club and country playing every game, working really hard, scoring a lot of goals, so someone like that to have a say on racism it is a big feeling for all of us. He is sticking up for everyone who is involved in the game. It is a great feeling to know he’s going to do that.”

What’s happened, happened,” the Blues youngster continued. “It is a situation where we have dealt with it as a team.

“We have moved on it. We have had a little talk with each other and made sure everything is OK. We just want to move on as a team and focus on the game on Thursday.”