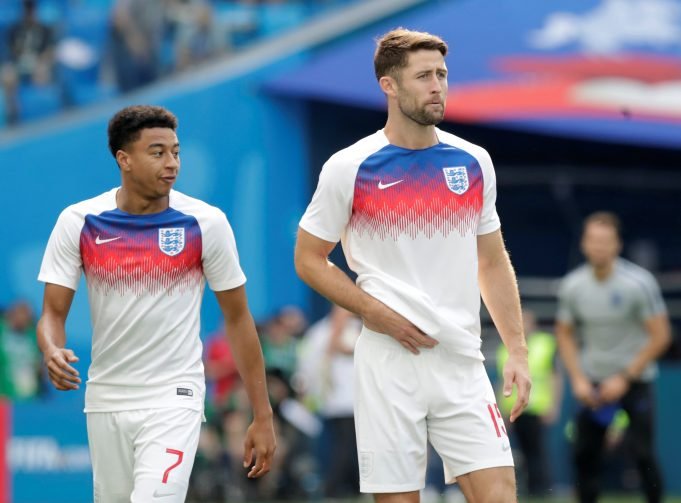 After Hazard and Courtois, Gary Cahill is also keen in leaving Chelsea this summer

Chelsea’s present captain, Gary Cahill is keen to leave the blues after being associated with the club for 7-long-years.

According to reports from Evening Standard, Gary Cahill could be replaced by Daniele Rugani as the club is negotiating a £44.2million deal with the Italian club.

Belgium duo, Eden Hazard and Thibaut Courtois have already been associated with a move to Spanish giants. They have spoken to the media and have shown desire to join the Spanish side.

Cahill joined the Blues on 16 January 2012  for a fee of what was believed to be around the region of £7 million.

In February 2012, Cahill made his debut for Chelsea in the 3–3 draw against Manchester United at Stamford Bridge.

Cahill has represented the Blues in over 250 games and was 25 times on the scoring sheet. He has won six major trophies with the club.

But was left unused at majority of matches by Chelsea’s ex-coach Antonio Conte. Conte preferred Antonio Rudiger in Cahill’s position on the left-side and Cahill was left out in many big games.

Cahill was seen frustrated in his interview with Standard Sport. He said,

“It’s been tough. It has been hard having to sit out massive games, watching us fall by the wayside and not being able to have a huge impact on that”

“People can argue that as captain you can still have an impact in the dressing room, but it’s difficult when you’re not playing in those big games.”

Cahill is presently on leave and will have a talk with Chelsea’s new manager,  Maurizio Sarri when he return from the vacation.

Sarri might find it difficult to convince Cahill to stay at Stamford Bridge as the player has spoken with his friends and has told them that he will be leaving the Blue in the ongoing transfer window.