Chelsea FC Latest News .com
Home Chelsea News Caballero reveals what he said to Kepa after he was dropped 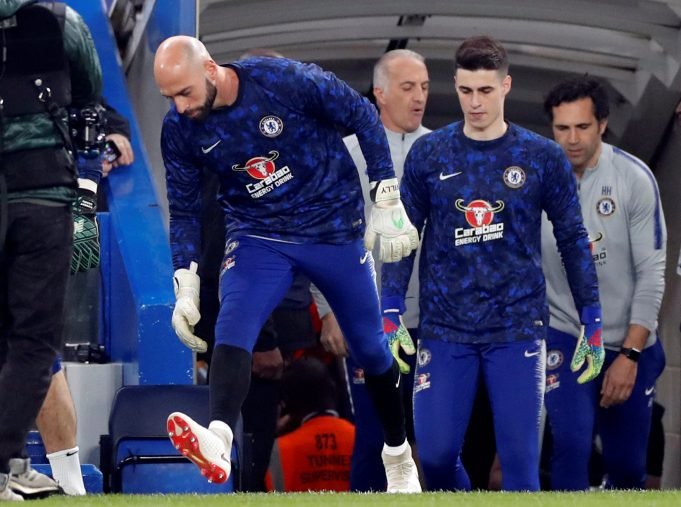 Chelsea goalkeeper Willy Caballero has revealed that he told Kepa to go on after Maurizio Sarri benched the latter for last night’s match against Tottenham Hotspur.

After the controversial incident during the Carabao Cup Final that involved Sarri and Kepa, the Italian benched Kepa and instead started Caballero against Tottenham Hotspur.

Caballero has urged Chelsea fans not to go too hard on Kepa. The Argentine custodian said, “I hope the fans can forgive Kepa. People in the stadium on Wednesday were involved in the game. That’s what we needed and we need it as a team in every single game we play at home.

I felt very good because when I found out I was playing – it’s a very hard decision. I have not had chances to play. When the boss confirmed the team I was surprised. I felt blessed to have the chance to play. I said to Kepa: ‘Keep going. I know it is a tough decision but you must keep going’. He said the same to me. We support each other.

But everybody involved learned something. It brought something good to the atmosphere of the team. That’s the good news, that we went through this.

We passed the last few days in good harmony, talking about things and how to beat Spurs, and we did it. It was important what happened because it was in a final, but it doesn’t matter now. We improved and we are more together. Everything is OK between Kepa and I, of course.

We spoke about it after the incident and it was good to have a chat with him. He learned lot from what happened, we learned a lot as a team.

Sometimes these things put players apart but in this case we are more together than ever. It’s not about experience. We make mistakes because we are human beings, we are people. This can be for top players, experienced players. But we have found people near to him to help him.

The boss decided to put me in and Kepa was supporting me in the warm-up. We are in good harmony.

We must keep going like this because as keepers we must support each other.