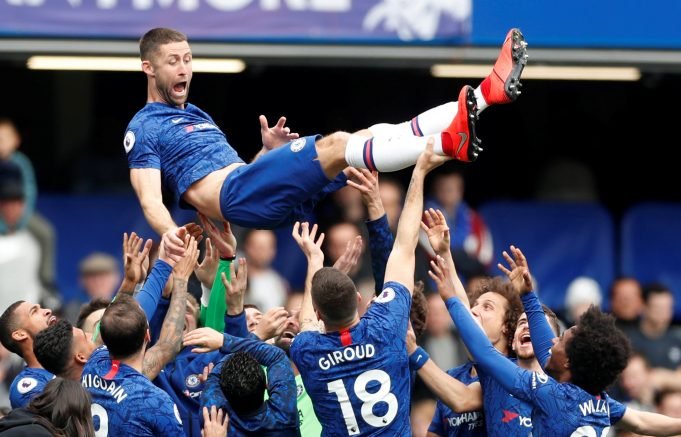 Gary Cahill might extend his stay in the Premier League as Burnley are reportedly interested in signing the player.

The Chelsea defender is free to leave the club at the end of this season and is weighing his options. The e33 year old has been a forgotten character in the Premier League as manager Maurizio Sarri hasn’t used him at all in the top flight this term.

Cahill was given a joyous farewell by his Chelsea teammates in the 3-0 win over Watford at the Stamford Bridge where he gave a brief substitute appearance.

The Clarets have retained their Premier League status for one more season and Sean Dyche would be on the lookout for some value addition in the summer.

Dyche’s defensive approach to the game would need a solid defender at the back and Cahill has already proved his worth in the top flight. Added to that there has been constant speculation regarding James Tarkowski’s future while Ben Gibson hasn’t managed to hit the ground after his arrival from Middlesbrough.

Cahill has been linked with a return to his boyhood club Aston Villa but the English man would be very keen to remain in the top flight.