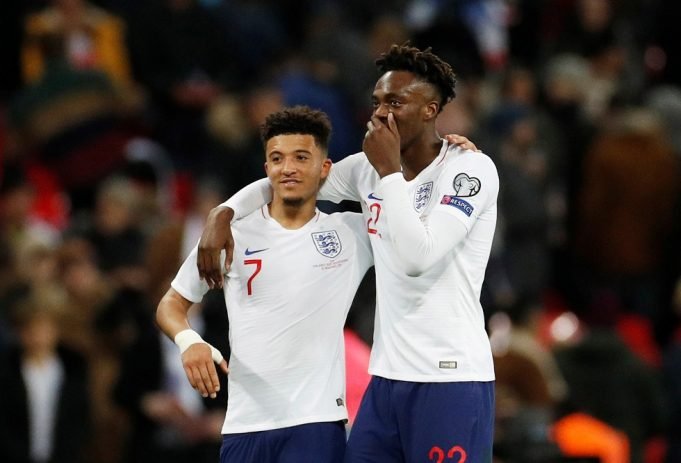 Chelsea would be pleased to know Borussia Dortmund’s stance on Jadon Sancho.

BBC claims the German outfit is ready to cash in on their prized asset after acquiring Erling Haaland on a €20m deal.

The world of football was rocked when Dortmund announced the signing of the Norwegian forward on Sunday. It was nearly confirmed by news outlets and pressers that Haaland was set for a Manchester United switch leading up to the January transfer window.

However, BVB managed to win Haaland’s signature, leaving them with the option to trade one of their own. The former RB Salzburg man said after completing a move, “There was a feeling right from the start that I absolutely wanted to switch to this club, go this route and play football in this incredible Dortmund atmosphere in front of more than 80,000 spectators. I’m already burning for it.”

Lucien Favre already has Marco Reus, Mario Gotze, Julian Brandt, Thorgan Hazard, Sancho and Paco Alcacer to pick from for his final third. Sancho is hot property right now and could sell for upwards of £120m, according to reports. Manchester United are confident of landing him but Chelsea are providing competition along with Real Madrid and Barcelona.

It is no secret winning Sancho’s hand will be tough for Chelsea but they seem to be in the best bargaining position post the transfer ban. Several reports claim the Blues have cash stocked up for Frank Lampard to invest in the upcoming windows. Sancho could be a lethal addition to an already attacking-profecient Chelsea side. He fits the bill of youth and prolific players that Chelsea are currently looking to employ under Lampard.