Chelsea were leading the race with 15 candidates in the beginning of the Euros but have now been reduced to 14.

Chelsea has 14 Representatives at Euro 2020. Here is the full list with all Chelsea players in Euro 2021:

Mason Mount, Reece James and Ben Chilwell for England and Emerson Palmieri and Jorginho for Italy could be named European Champions. Both sides play in the final and it would be stellar to win the Champions League trophy and Euros in one season. Chelsea’s two academy graduates participating is a huge boost in rectifying their reputation as a seller club.

Kai Havertz and Timo Werner, just like in Chelsea combined in attack to help Germany reach the round of 16. Unfortunately, they lost to England 2-0. 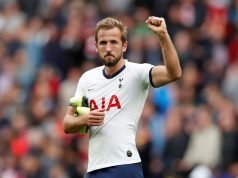