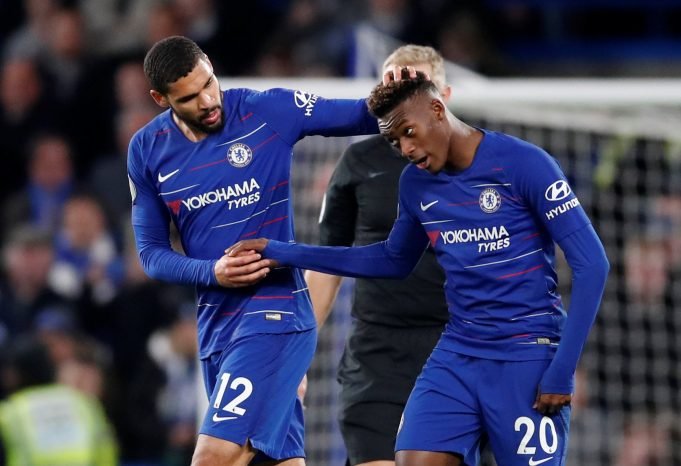 Bayern Munich have been encouraged by Callum Hudson-Odoi’s return date enough to reignite their interest in the Chelsea winger.

The 18-year-old ruptured his Achilles in the 2-2 draw against Burnley last month which initially ruled him out for almost a year. However, the latest reports claim that the teenager could be back as soon as in August which is at the same time as the new season is about to start.

Bayern missed out on Hudson-Odoi back in January when their bid of £40m was rejected by the Blues. The Bundesliga giant had three offers turned down for the England international but it was always assumed that they would return after the season.

Niko Kovac’s side is about to bid farewell to both Frank Ribery and Arjen Robben after this campaign which would open up important spots on the flank. Munich already have Kingsley Coman and Serge Gnabry but they require depth in the position.

Hudson-Odoi who has been hailed as a generational talent in the Chelsea ranks was finally getting rewarded with game time late into the 2018/19 campaign. He got to start four consecutive Premier League games before the unfortunate injury ended his season for good.

The Blues are about to be hit with a transfer ban this summer which would make them hesitant towards letting go of any of their players. The Bavarians will really have to make their next offer convincing enough to prize the England international off of Chelsea’s hands.