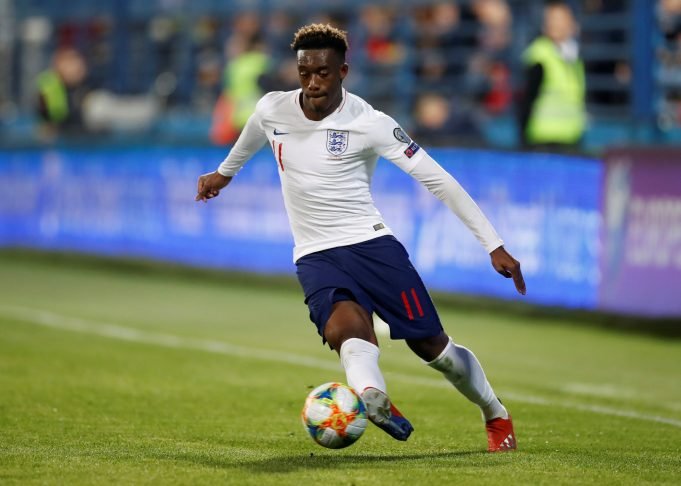 The price for Callum Hudson-Odoi’s signature continues to rise in the market with Bayern Munich suffering blow after blow.

The latest reports state that Chelsea are unwilling to accept the Bundesliga outfit’s £35m offer. The teenage winger was on display for England during this international break and his performances have brought in plenty of admirers.

His value has already increased in the eyes of the South West London outfit. Even if the player is not considered as a starter in Maurizio Sarri’s squad, Chelsea believes they can obtain much more money from a potential sale.

However, they themselves are hesitant towards letting go of the youngster as well. Reports continue to link Eden Hazard with a move to Real Madrid next summer which would open up a massive gap in the attacking lineup.

Hudson-Odoi could potentially save the Blues thousands in player transfers if he is given the chance to take up the Belgian’s spot on the left flank. The 18-year-old has certainly shown the talent to be deserving of a starting spot.

With his contracts set to end in July 2020, Munich are hellbent in trying to find long-term replacements for Arjen Robben and Frank Ribery.

Chelsea have expressed an interest in raising Hudson-Odoi’s wages but the winger is more focused on establishing himself as a starter.