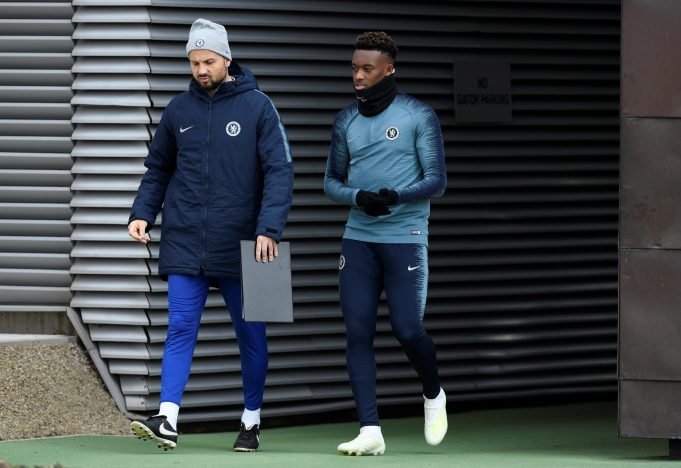 The 18-year-old is currently recovering from an Achilles tendon injury and is well ahead of schedule. He is tipped to return as soon as late August or early September for Chelsea’s campaign under their new head coach, Frank Lampard.

Munich saw three of their bids, highest being around £35m get rejected by the Blues in January. They had managed to even steal away Hudson-Odoi’s attention when the youngster placed a transfer request.

It took a lot of convincing through public praises by Maurizio Sarri and Gianfranco Zola along with starting minutes in the Premier League to get him to stay at least for the season. Now, Chelsea are looking to extend his contract beyond the 12 months that he is currently obligated to but so far, a deal has not been concluded.

Bayern are looking to play their best hand by pressuring Chelsea. If Hudson-Odoi further stalls on signing the new contract, they could potentially lose him for nothing next summer.

The Allianz Arena will also guarantee a starting role for the youngster after the departures of both Frank Ribery and Arjen Robben. Hudson-Odoi has also earned high praise from his new boss at the Stamford Bridge, who claimed that the teenager could be made into a Chelsea star in the coming years.

If anything, the Blues can expect a real fight on their hands in trying to keep Hudson-Odoi, no matter how sure one might be about him staying.