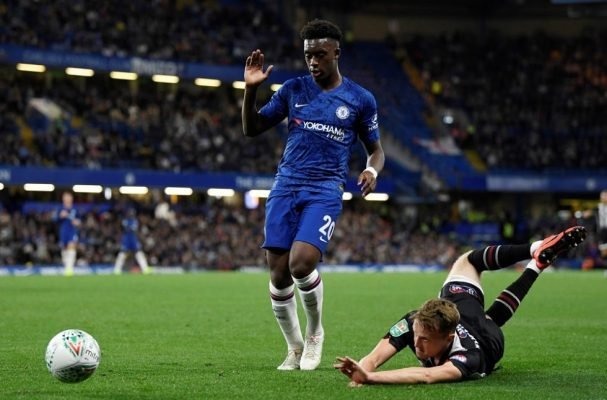 Bayern Munich are back for Callum Hudson-Odoi, according to reports.

Chelsea were subjected to bids upwards of £40m for the teenager back in January 2019 when his contract was running out.

Maurizio Sarri and the Blues board successfully tied down the winger to a new lucrative deal but ever since he has failed to impress. Hudson-Odoi has struggled to get off the mark after building up a lot of hype in his early days with the senior side.

Sure, injuries played a huge part in his slow progress but overall, he has been underwhelming on the pitch. With the likes of Timo Werner, Kai Havertz, Hakim Ziyech coming in and Christian Pulisic hitting his best form last season, Hudson-Odoi has a huge challenge to overcome.

His way to the first team is not as simple as it was a year ago. Even with Pulisic and Ziyech out, the teenager only featured for 10 minutes in the 3-1 win over Brighton And Hove Albion.

Bayern’s interest in Hudson-Odoi seemed to be over after signing Leroy Sane from Manchester City and the emergence of Serge Gnabry. But the European and German champions are back for his signature after reviewing his situation at Stamford Bridge.