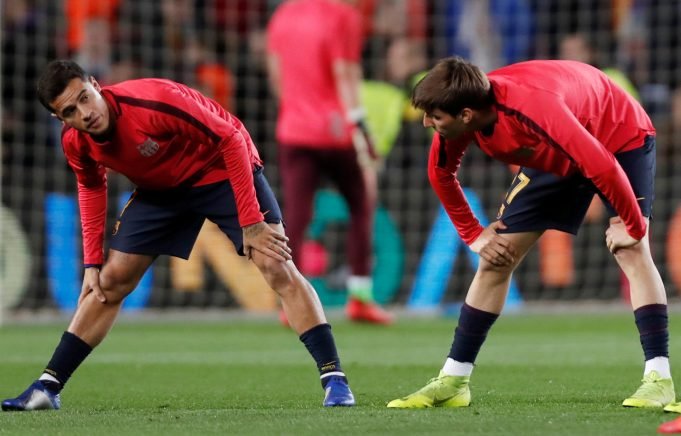 Barcelona’s Philippe Coutinho has no interest in moving to Chelsea or Manchester United despite drawing constant links with the Premier League clubs.

As reported by Express Sport, the Brazilian is contempt at the Camp Nou after making a record from Liverpool in January 2018. Plenty of reports have emerged in the past claiming Coutinho might be unhappy with his role under Ernesto Valverde.

Barcelona president, Josep Maria Bartomeu completely ruled out a potential Nou Camp exit for the attacking midfielder. He told El Partidazo de COPE, “Are we going to consider the sale of Coutinho? No. It’s a club bet. He plays differently, he knows how we play, we do not want to sell Coutinho.”

Barcelona legend, Hristo Stoichkov urgent Coutinho to push through the difficult period just like he did during his time with the La Liga outfit. The former striker said, “Barca isn’t an easy club and during my first few months there, I suffered like you.”

“I know how it feels when things aren’t turning out how you want, but I’m convinced that with hard work and sacrifice you’ll move forward because you have all the quality you need to do that.”

“You are one of the best foreign players to have played for Barca. You’ve got a lot of football in you to give Barca and the only thing you should be thinking about is enjoying your game. Enjoy it like you do with Brazil. I tried to enjoy playing like I always did with Bulgaria and I ended up enjoying myself exactly the same with Barca.”

“Never let yourself be disheartened because, from what I’ve seen, the fans are with you and want to see you succeed. Understand that they’re the best fans in the world and they’ll support you always – like they did with me.”

See Also: On Loan Chelsea Star Must Perform For Newcastle To Regain His Lost Form