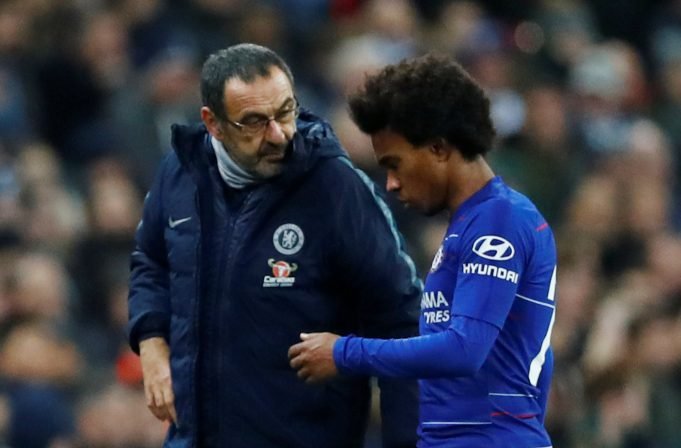 celona have reignited their interest in signing Chelsea winger Willian. Barca were keen on signing Willian in the summer and even made three bids, all of which were turned down by Chelsea.

The Blaugrana reportedly made a proposal of Malcom and a sum which would total around £50 million. However, Chelsea have rejected this bid as well because they believe Willian is worth more than that.

Willian has made 267 appearances for Chelsea since joining the club in 2013 from Anzhi Makachkala on a transfer fee of £30 million. The Brazilian has scored 48 goals and has provided 45 assists so far.

This season, Willian has made 31 appearances for Chelsea under Maurizio Sarri, scoring 4 goals and providing 6 assists. Willian’s current contract expires in 2020.

Barcelona made three bids for Willian during the summer. Hence, there’s a good chance that they might make another bid for the Brazilian winger in the summer.