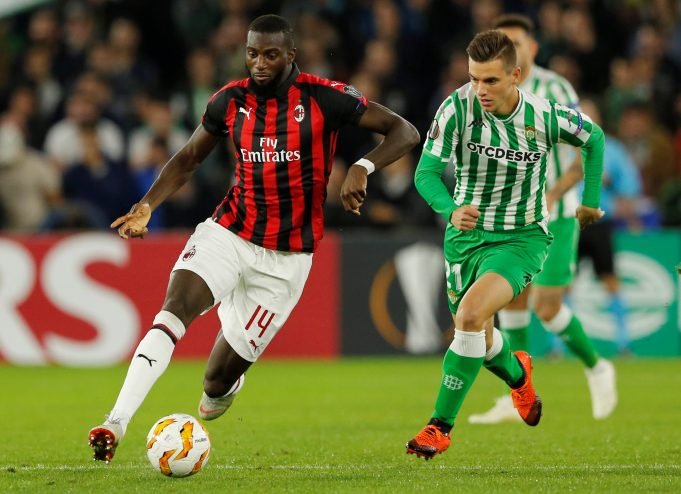 Chelsea loanee Tiemoue Bakayoko has revealed that he wants to leave Stamford Bridge permanently to stay at AC Milan.

The Frenchman was recruited by the Blues back in 2017 for a whopping £40 million but he was sent out on loan after a lacklustre 2017-18 season where he failed to adapt to the standards of the Premier League.

He struggled to cope with the Serie A in his initial days at San Siro but the 24-year-old has recovered from a slow start to life to become a regular starter under Gennaro Gattuso.

While the Frenchman has revealed that he hopes Milan will exercise the buy clause in the deal at the end of the season, he also admits that the decision to make his stay permanent will depend on whether the Rossoneri manage to finish in the top-four in the Serie A this term.

“But I’m not in a position to talk about it.

“It’s a matter for Milan and Chelsea.

“Staying at Milan is my dream, the only thought in my mind, but I have a contract with Chelsea.

“I just want to finish the season in fourth place, then we’ll think about it.”

Milan currently sit 4th in the standings, just a point clear of Roma and both the teams are set to fight it out in the Serie A on Monday in their pursuit of Champions League football next season.