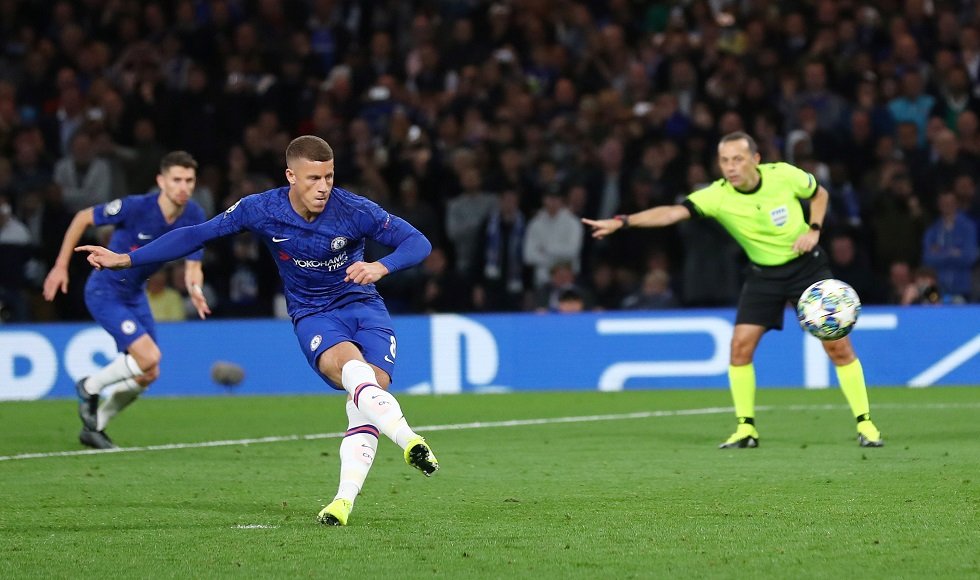 Chelsea slumped to a 1-0 defeat in their first Champions League game of the season to Valencia. Midfielder Ross Barkley missed a penalty wich could have helped the Blues gain a point.

The Englishman also found himself at the center of a controversy, where he took the penalty in spite of regular takers Willian and Jorginho being present on the pitch.

Blues captain Cesar Azpilicueta denied any claims saying there was discontent in the dressing room following the game.

“Ross is one of the best penalty takers in the team,” Azpilicueta told BT Sport.

“He is one of the first to take one and he had the confidence to shoot. I think he was unlucky hitting the bar and of course, he will be disappointed because we could have got a point at the end.

“They [Jorginho and Tammy Abraham] were encouraging him to have the confidence to score. There was high expectation so everyone was trying to take him into the best condition.

“At the end of the game, a penalty can be decisive and unfortunately this time it went wrong for us. Hopefully next time he scores.”

“Ross is a penalty taker and is when he starts games. He took it and missed it,” Lampard said.

“It is a great story to say there is contention between players. If he scores it is not a story. But he took it and missed. That is it.

“The disappointment to all of us is that we didn’t get a chance to win the game. There is no issue in the dressing room.”