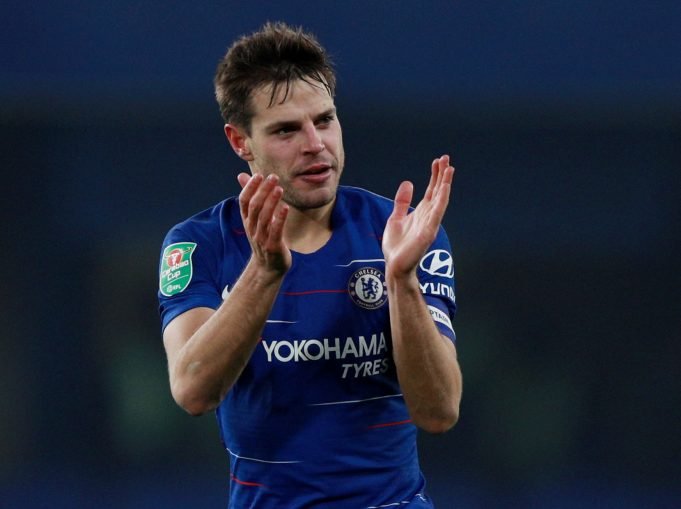 Azpilicueta and Willian involved in a heated exchange with Sarri

If reports are to be believed, Cesar Azpilicueta and Willian were involved in a heated exchange with manager Maurizio Sarri at the training ground this week.

Sarri switched to his native Italian for his post-match conference following Chelsea’s 2-0 defeat to Arsenal last week, slamming the players publicly for their lacklustre performance.

The Italian had further claimed that the current bunch of players lack the mental aggressiveness to compete at the highest level and are very difficult to motivate.

Azpilicueta, however, didn’t share the same opinion with his manager and hit back at Sarri on the training ground, with Willian supporting the cause.

It is understood that both the players were unhappy with the manager’s decision to criticise their teammates publicly. Reports, however, claim that Sarri was impressed with Azpilicueta’s ‘forthrightness’ as the club captain.

Chelsea responded to Sari’s criticism with an impressive performance in the 2-1 victory over Tottenham in the second leg of the Carabao Cup semi-final at Stamford Bridge on Thursday night to set up a clash with Man City in the finals.

Meanwhile, the Blues have completed the signing of Gonzalo Higuain on loan from Juventus till the end of the season. Although the 31-year-old didn’t make it in time to be eligible to play against Spurs, he will be in contention for a spot in the starting eleven when Chelsea take on Sheffield Wednesday in the FA Cup on Sunday.