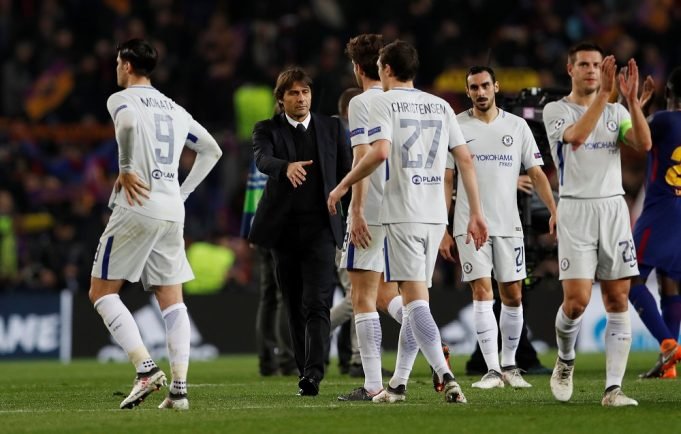 Conte wants enthusiasm from his players

Chelsea have been struggling this season in the Premier League. They are currently 5th in the league and adrift 5 points from Champions League Qualification.

Antonio Conte, won Premier League in his debut season with Chelsea, has struggled this season and led to question marks over his long term future at Chelsea. It is thought that if Chelsea don’t qualify for Champions League, the Italian will leave the club this summer.

Chelsea will face Tottenham, who are at 4th position, this Sunday at Stamford Bridge. This is a must win game for them and if they fail, it will be very difficult for the Blues to qualify for the Champions League.

Conte is unsure how qualification for Champions League would affect his future and when he was asked about, he told live on Sky Sports:

“For us (managers) it is not sure. You can have a contract but you don’t know what will happen after one or two games. We depend a lot on the result.”

Ahead of what appears to be one of the most important games of Chelsea’s season, Conte called on his players to replicate the kind of passion he is well known for demonstrating on the sidelines.

“If you don’t have passion it is very difficult to reach something important in football as players or as a manager.

“I think also when I was a player I showed in every moment my passion inside and outside the pitch. I wasn’t a calm player.