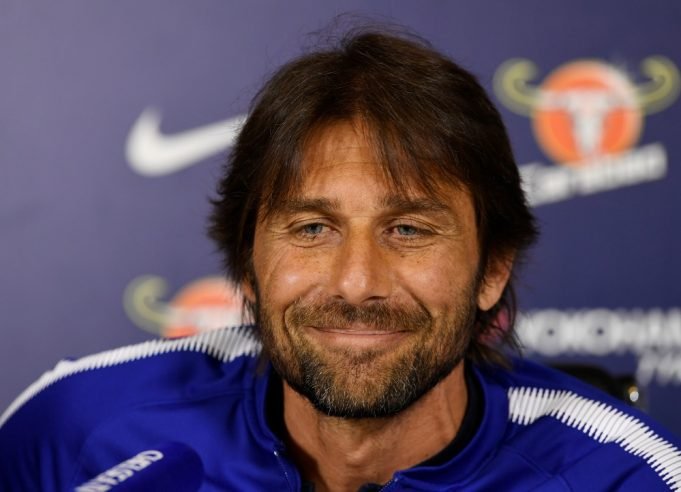 The Italian is not thinking about his future now

But their title defense haven’t gone well as The Blue’s are struggling this season. They are currently at 5th position and likely to miss out on Champions League spot unless Liverpool loses and Chelsea wins their respective last games of the Premier League.

Maurizio Sarri, Massimiliano Allegri and Leonardo Jardim have all been linked to replace the Italian at the club next season.

But former Juventus boss has claimed that he is unaffected by rumours that there is a list of managers who are tipped to replace him as he is used to it this season to such speculations.

“I think this is normal. This is our job, our lives,” he told reporters at Cobham Training Ground as quoted by Goal. “As you know very well, our job is very difficult because [your job] is in the balance every day. It’s normal to have a lot of speculation around you.

“It’s not easy to win trophies. For a second season in a row, we’re fighting to win something. Last season we won the league. This season we have the possibility to win another important trophy, and then we’ll see.”

Chelsea will face Newcastle for their final Premier League game of the season on Sunday and then will face Manchester United in The FA Cup final on Sunday.