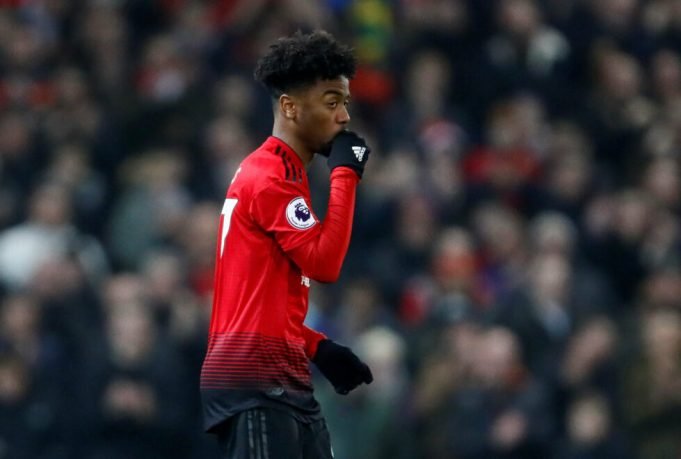 Chelesa have an open shot at Angel Gomes as Manchester United have confirmed that the youngster will be leaving the club.

Ole Gunnar Solskjaer revealed that talks over a new contract could not be agreed with the 19-year-old and he is free to leave this summer.

As the 2019/20 season extends beyond June, players are open to moving before the campaign is over. That means Chelsea can just easily chime in with a lucrative contract offer for a very talented player. Gomes has picked up a lot of hype for his performances at youth level for both club and country.

The England U21 captain is an attacking midfielder with great offensive dexterity. He is small in stature but intelligent on the ball. His creativity, passing, dribbling and vision sparks off his quick agile self. Gomes can play behind the striker and even drop deep to formulate his team’s attacks. For years, the Red Devils faithful thought that they would see Gomes graduate from the youth side to the senior lineup.

Unfortunately, he never met the grade under Solskjaer and is ready to take on a new club. But is Chelsea his best bet? Frank Lampard already has put his faith on Mason Mount this season with Hakim Ziyech arriving from Ajax for the upcoming season. He also has a flurry of options in Chelsea’s own youth setup, starting with Tino Anjorin – who has handed a new deal this year.

Gomes could become just another cog in Chelsea’s loan system since he is yet to proven at top level.