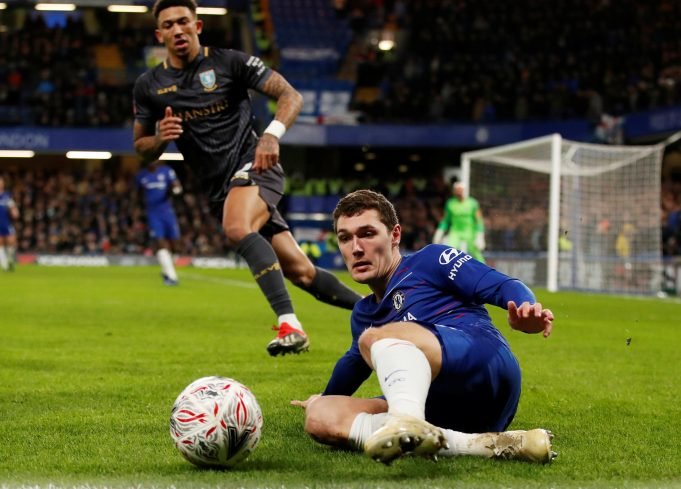 Andreas Christensen is in the form of his life currently, playing for his country in the 2020 Euros.

Denmark put aside Wales by a scoreline of 4-0 to progress to the quarter-final stage.

Christensen has been incredible for the Danes so far, and topped it off with a worldly strike against Russia in the final group game. The 27-year-old was mimicking the same standards for Chelsea since Thomas Tuchel took over.

If The Blues manage to sign him to an extension, it might eradicate the need to bring in a new centre-half. On the top of that, Thiago Silva has also extended his stay at Stamford Bridge by one year. Even the Brazilian is performing at the highest level at the Copa America.

“A 22-year-old player, especially a defender, is at the beginning of their career,” Thiago Silva told chelseafc.com.

“Of course that’s true for a forward as well, but a forward is able to play professionally when they are 17 or 18 years old. For a defender, that’s a bit more difficult, you have to have more experience, the responsibility is much higher.

“Forwards have less responsibility. They can do things using intuition. At the back, things are a bit more serious, in terms of positioning.

“I think that the 22-year-old Thiago was a guy who was willing to learn. Even though he had a good season with Fluminense, he still had a lot to learn.

“And the best thing is that I was prepared to learn, that’s what I consider the best thing. There’s no use in knowing that you need to learn if you lack the patience and the comprehension of things, because that doesn’t work.”

“Firstly, it was because of the good performances I’d put in, and due to the confidence that not only I, but all of the defence was giving to our goalkeeper,” he recalls.

“Actually, it was not the fans who came up with that nickname, it was the goalkeeper, Fernando Henrique [dos Anjos].

“He was the one who came up with that nickname after a move from the opposition in which I made a good recovery and was able to prevent them from scoring.

“Then, he looked at me and said ‘Nice one, Monster!’ Then the fans heard that through the microphones behind the goal and started calling me Monstro.”