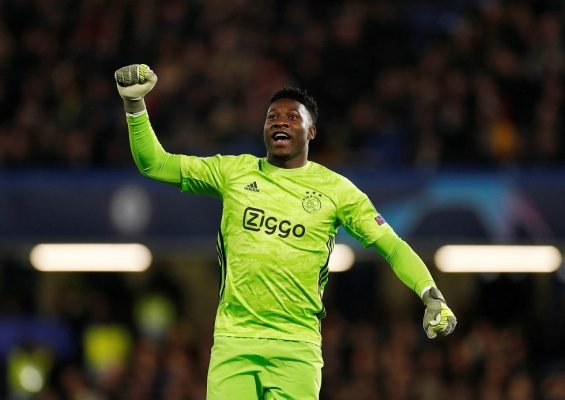 Manuel Neuer has given Chelsea and Marina Granovskaia a clear direction on who should be their biggest goalkeeper target.

Frank Lampard is desperately searching for someone to replace Kepa Arrizibalaga and Neuer thinks he should pick the Ajax’s Andre Onana.

Onana is 23 years old and one of the most coveted young goalkeepers across Europe. He has enjoyed plenty of success since leaving the La Masia academy. Bayern Munich and Germany captain, Manuel Neuer definitely rates him highly. Last year, after Ajax’s run till the Champions League semi-finals, he said, “I’m your biggest fan, of course, you played a very good season for Ajax.

“You and your guys deserved to be in the finals [of the Champions League] so don’t be too sad maybe you will get any chance in the future to come back to the semi-final final and have a better result than the last one. Take care and enjoy the celebration with Ajax for the Cup and for the championship in your league. You did a great a job and all the best in the future, my friend.”

Reports suggest that Onana is worth around £50 million. There are interests from other clubs and London rivals, Tottenham Hotspur. A player of his age and calibre could definitely be worth that sum in years to come. Onana, just like Neuer, operates in a sweeper-keeper role. He is adept at controlling possession and playing out from the back, occasionally coming out of his line to clear out attacks. That is certainly a trait Lampard would like to have in his goalkeeper, given the attacking style of play he implements.