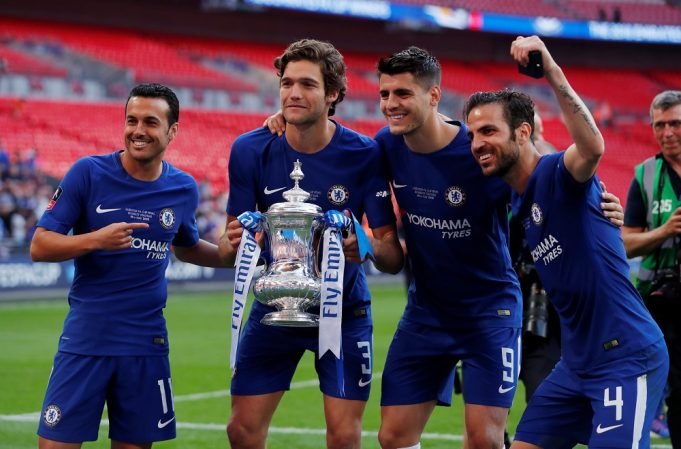 Inter Milan latest to show interest in the Striker

Despite a dazzling start in England, with eight goals in his first seven games, the 25 year old has struggled to find his feet in the Premier League this season. He also struggled with mysterious back injury which kept him sidelined for a long period.

The Spain International has just scored 15 goals 47 appearances in all competitions in 2017-18 with 11 of them coming in the Premier League. He even missed out on Spain’s World Cup squad due to his poor form.

The Spaniard has been heavily linked with a return to his former club Juventus ahead of the transfer window, where he enjoyed two successful years from 2014-2016 scoring 27 goals in 93 appearances and won 5 trophies.

Former Real Madrid star met with the Turin side sporting director Fabio Paratici in Milan on Wednesday. He was photographed meeting with his former club, further speculating the links that he can leave the London club just after 1 year.

The meeting was also attended by the player’s representative Juanma Lopez, who is believed to searching potential targets for his client.

Ac Milan also have held initial talks with Lopez on Tuesday about a potential move in the summer. Though the striker did not attended the meeting himself.

Inter are the latest club to show an interest in Morata, Goal can confirm. The agent also met with the club to discuss about a potential move.

But the Blues’s won’t make a decision until their managerial situation is sorted as they want Conte’s successor to make the final call.

The Premier League giants are still keen to keep hold of him as they believe he still needs some time to settle and his poor form was mainly due to back injury. If the player pushes for a move then they would like to make profit by selling him.