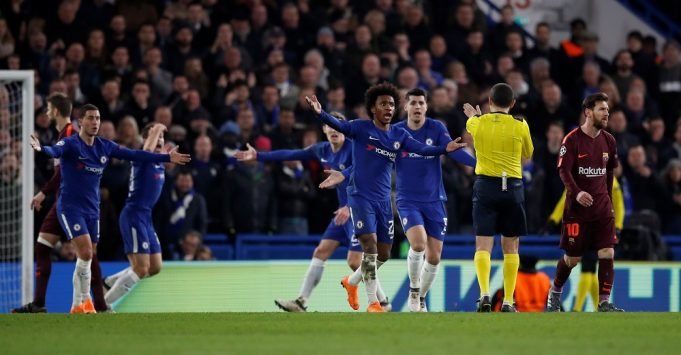 Despite a dazzling start to his Chelsea career with eight goals in his first seven games, the 25 year old has struggled to find his feet in the Premier League. He also struggled with mysterious back injury which kept him sidelined for a long period.

The Spaniard has been heavily linked with a return to his former club Juventus ahead of the transfer window, where he enjoyed two successful years from 2014-2016. Reports suggest Serie A giants could make a bid for him this summer or look to take him on a loan.

But former Chelsea striker Hernan Crespo has backed the striker to be a success at the Premier League giants and urged him to reject a move to the Serie A giants.

“I think he is a great player,” Crespo, who returns to play at Stamford Bridge on Friday as Chelsea Legends face Inter Forever, told Goal. “He is a young player who has a lot of trophies already.

“However, you need to be patient. He has showed he is a very good striker, but normally when you play in a big team it is difficult to be at a high level for the whole year. In the past, the same thing happened at Juventus, but that is because he is young.

“He can be the future of Chelsea but it depends on him. It is important to see if he is happy. If he is happy at Chelsea and he can show his best in this team then it would be great for everyone, but if he wants to come back to Juventus and make another experience then we will see.

“It is different than my experience at Chelsea because I was older than him. I had already been past my best level. The Premier League at that time wasn’t the best in the world. Now it is. At that time, when I played, Serie A was actually the best. Then, AC Milan called me, the second time was Inter.

“It was difficult for me to adapt that way around. If you want me to offer my personal opinion, I say stay at Chelsea! Show your best there because you play in the best league in the world. Chelsea can win the league again. They have big decisions to make, to go with Conte or not.

“For the players, though, everything is clear for their futures, it is down to them to choose. I think he should stay and that’s regardless of the manager, but you never know, whoever the manager is may have other ideas.”