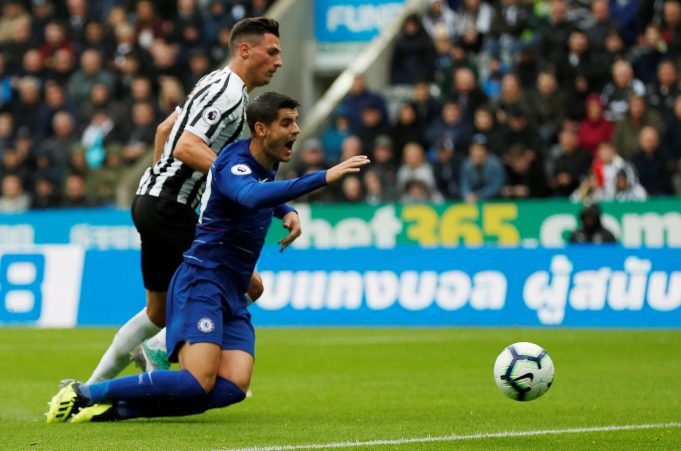 Reports suggest that Chelsea striker Alvaro Morata might leave the club on loan by his own will.

Morata joined Chelsea from Real Madrid last summer on a transfer fee of £60 million. He began well at Chelsea by scoring 6 goals in as many Premier League matches. However, his form dipped as the 2017-18 season progressed and he hasn’t lived up to his price tag ever since.

His lackluster performances for Chelsea cost him a place in Spain’s World Cup squad.

This season, he started in Chelsea’s first four Premier League matches but could not make much of an impact. A goal against Arsenal was the best he could manage.

However, Sarri did say that Morata would play Chelsea’s Europa League opener against PAOK.

Alvaro Morata has been struggling at Chelsea for quite some time and maybe it would be better for the Spaniard to leave Stamford Bridge.

During the summer, a few clubs like Atletico Madrid, West Ham, Borussia Dortmund and AC Milan were interested in signing him. Maybe those clubs could give it a shot to sign him during January.