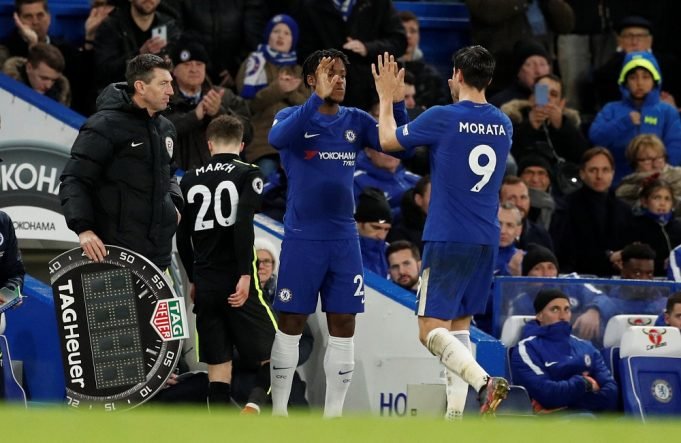 The forward has been heavily linked with summer exit

Chelsea signed Alvaro Morata from Real Madrid for a record transfer fee of €65 million last summer, to fill the sizable boots of Diego Costa who left them to join his former club Atletico Madrid.

Despite a dazzling start to his Chelsea career with eight goals in his first seven games, the 25 year old has struggled to find his feet in the Premier League this season. He also struggled with mysterious back injury which kept him sidelined for a long period.

The Spaniard has been heavily linked with a return to his former club Juventus ahead of the transfer window, where he enjoyed two successful years from 2014-2016. Reports suggest Serie A giants could make a bid for him this summer or look to take him on a loan.

Borussia Dortmund are also interested in signing the forward from Chelsea this summer, according to Bild. They are willing to pay €80 million in order to lure him to Germany.

Bundesliga giants are looking to rebuild their side this summer and their top priority is to sign a striker. They are interested in signing another Chelsea’s striker Michy Batshuayi this summer, who joined them on loan in January but forced to return due to injury.

Morata’s early-season form kept Batshuayi on the bench for the Blues, before the Belgian eventually moved to Dortmund. And the Bundesliga side now hope to return for former Juventus star, who is expected to leave the club.